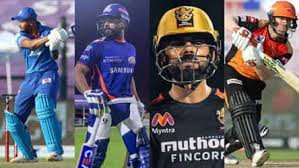 With the 13th edition of the Indian Premier League (IPL) marking a conclusion of a 3-year-cycle, fans can’t help but speculate on the big question: what about the auctions?

Each three-season cycle of the IPL is succeeded by a mega-auction, where the teams are forced to make some big overhauls in their lineups. Thankfully, though, there is one saving grace. Prior to the auctions, every team gets a choice to retain three core members of the team. Subsequently, the team(s) which are assembled on the auction table are based around these core group of players.

So it’s of vital importance for each team to fixate on its ensemble of primary players before the auctions. Keeping that in mind, here we’ve compiled a list of players each of the top-4 teams will retain going into the 2021 mega-auction.

The 2020 defending champs will have the most straight-forward retention choices ahead of themselves. Captain Rohit Sharma conveniently picks himself as the no-brainer, first-choice retention; thanks to his stellar captaincy and batting records for MI.

Next in line is his most trusted bowler, Jasprit Bumrah. The lanky Gujarat pacer has been associated with Mumbai since 2013, and given how many match-winning performances he has delivered over the years, it’s highly unlikely for MI to release him anytime soon.

Rounding off Mumbai’s retention roster is star all-rounder, Hardik Pandya. While Hardik’s bowling prowess tends to be a bit situational at times; batting-wise, the junior Pandya brother poses a major threat to every opposition team with his fiery, death-overs pyrotechnics.

Much like their fellow finalists, the Capitals too aren’t in need of much tinkering with their team and are expected to retain their core group of players.

Captain Shreyas Iyer should comfortably be DC’s top-retention pick. His infectious energy and enthusiasm have been vital to the turnaround of Delhi’s fortunes over the last few seasons. A change of management shouldn’t prompt the Delhi management to let go of their mercurial, young skipper.

Local lad Shikhar ‘Gabbar’ Dhawan slots in at Delhi’s second retention pick. Across the past 2-editions, Gabbar has been the Capitals’ leading run-scorer, with more than 1100-runs to his name. Should DC and Dhawan be dextrously able to manage their payment and contract deals, retention for Shikhar seems almost inevitable.

South-African quick Kagiso Rabada completes Delhi’s star-studded core group of players. Since 2017, the 25-year-old tearaway-quick has been DC’s leading strike bowler. Rabada’s wicket-taking abilities are barely matched by any other pacer- evidenced from the purple cap he won this season. Suffice to say, he will continue to be a vital member of the Capitals’ dugout for several years to come.

Year after year, the Sunrisers Hyderabad head into the season with an underdog reputation; only to exceed all expectations and deliver a whopping exhibition of their all-round abilities. Captain David Warner lies at the heart of SRH’s strong showing and has been their most prolific run-scorer of all-time. Warner Gadu clearly establishes himself as Hyderabad’s prime retention candidate.

Next up on their roster should be Afghan leggie, Rashid Khan. Ever since making his debut for the Orange Army in 2017, Rashid and his wily bowling-styles have been the bane of many batsmen. As SRH’s most economical bowler of all time, the 22-year-old prodigy should be one of the most obvious candidates for retention.

Vice-captain Kane Williamson joins Warner and Rashid to complete Hyderabad’s flamboyant troika of overseas retentions. While Williamson’s appearances this season were somewhat sporadic, his cool and composed demeanor in run chases was a key factor behind SRH’s strong third-place finish this year. It could be a tough call, but ultimately, Hyderabad should accord some loyalty bonus to their trusty, ‘banker’ player.

13 frustrating seasons later, RCB still hasn’t managed to discard the unceremonious, ‘underachievers’ tag that’s attached to them. That said, their perpetual quest for their coveted, maiden, IPL silverware should still revolve around their primary stars.

Captain Virat Kohli features as the top-contender on that aforementioned list of stars. Although his leadership results haven’t been as flattering, King Kohli’s phenomenal batting record as the team’s all-time highest run-getter makes him a certainty as Bangalore’s first pick for retention.

Kohli’s mercurial South African teammate, AB de Villiers, joins him next on the roster. Well renowned for his versatility and power-hitting, RCB’s ‘Mr. 360’ has been a vital pillar of the team’s batting unit, particularly at the death overs. The factor that alongside his vice-captaincy role in the team, and it becomes quite obvious why Bangalore won’t be parting with him anytime soon.

Leg-spinner Yuzvendra ‘Yuzi’ Chahal caps off the final spot on RCB’s retention list. His knack for picking up wickets in a crunch, match-situations makes him one of the most potent IPL threats. That reputation gets further fortified when you consider the fact that he has been the team’s all-time highest wicket-taker. An easy picking.