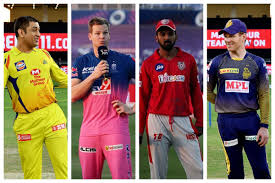 We continue our analysis of the upcoming IPL 2021 mega auctions, as we analyze the bottom-half teams from the latest season. Understandably, most of these teams are in a more urgent need of change as compared to the ones discussed before, so some of the choices can be a bit lean. Without further ado, here’s all the players you should know about:

KKR’s past two IPL seasons have been marred with inconsistency and a certain amount of ambiguity over the team’s leadership. Next year, they will be eager to secure the services of their incumbent captain, Eoin Morgan, for the entirety of the tournament; which makes him the prime candidate for sealing that first retention slot. Aside from his fine leadership aspect, Morgan’s utility as a versatile, middle-order batter makes him a clear-cut retention candidate.

Next up on KKR’s roster is Shubman Gill, their most promising, domestic batting stalwart. In the last two years, Gill’s knack of consistent run-scoring has been of vital importance to KKR’s top-order. As the franchise’s leading run-scorer in the 2018-20 cycle, the young Turk must be a certain selection.

Rounding off the men in purple’s star-studded core-group is their ace all-rounder, Sunil Narine. Narine’s economical bowling has been an invaluable asset to the side, ever since he debuted for KKR in 2012. Additionally, his ability to slot in as a pinch hitter at just about any batting position, makes him a hot prospect that KKR would like to stick around for a few more seasons.

Having failed to reach the playoffs in each of the past 3 seasons; KXIP has, statistically, been the worst team in the 2018-20 cycle. Despite that, the team has managed to unearth a set of consistent match-winners over the last few seasons, who should be the focus of their next rebuilding cycle.

Captain KL Rahul features as their top retention pick. The stylish Karnataka batsman managed to score more than 500-runs across each of the previous three iterations of the tourney; a feat bettered by no other Indian player. As the tournament’s leading run-getter in the 2018-20 cycle, Rahul’s spot in the 2021 KXIP roster is virtually guaranteed.

Rahul’s India teammate, Mohammed Shami, slots in as the second-most prioritized player for Punjab. Ever since making the move to his new #wakhrasuwad, Shami has been in a red-hot run of form across all formats of the game. As the team’s senior-most bowler and the leading wicket-taker, Shami’s inclusion is a must-have for the men in red.

West Indies’ Nicholas Pooran completes Punjab’s retention list. The promising Trinidadian ‘keeper-bat has been a vital cog to Punjab’s stuttering IPL bandwagon over the last two seasons. Nikki Paaji offers great balance to the side as a brilliant middle-order batsman, a part-time gloveman, and an electric boundary rider. Of all the available overseas options, Nicky P sure seems like the most worthwhile investment for KXIP.

After a dismal 2020 campaign where head coach Stephen Fleming went as far ahead as to admit the players had run out of juice, CSK is poised as one of the franchises in the most urgent need of a total revamp. What works for them, however, is the fact that they already have a couple of exciting options available to them, and can build their new team around these players.

India all-rounder Ravindra Jadeja stands out as the most obvious candidate for bagging the top retention spot. ‘Sir’ Jaddu has been involved with the Chennai set up since 2012. Alongside his rich vein of experience, he also has the backing of his strong performances in the batting, bowling, and fielding departments. As the Super Kings look forward to advance to their young-age era, the 32-year-old Saurashtrian also doubles up as a strong captaincy candidate for the upcoming cycle(s).

Next on the list is Deepak Chahar, Chennai’s most consistent fast-bowler over the past couple of seasons. The Agra-based pacer has a natural knack for picking up key wickets in the powerplay overs. His wicket-taking exploits are also backed-up by a decent economy rate. As the team’s leading wicket-taker in the 2018-20 period, CSK should retain Chahar as one of their core-group members.

22-year-old Englishman Sam Curran slots in as a sleeper choice to occupy Chennai’s final retention spot. In his debut season, the Surrey all-rounder turned out to be a revelation for the men in yellow, courtesy of his strong all-round showing all through the tourney. With CSK looking to build its future around young players, Curran seems like a strong retention candidate.

Much like some of the other teams on this list, Rajasthan’s roster has also been brimmed with individual brilliances; so much so, that the team has never really been able to assemble as a close-knit unit. Although the players who have done well have made quite compelling cases for selection.

Featuring at the top of RR’s retention list is Jofra Archer. The English all-rounder has been an immense asset to the team, thanks to his ability to bowl at any stage of the innings. That ability gets further reflected from his impressive tally of 46-wickets across the 3 seasons he has played for the Royals. Couple those factors with his handy pinch-hitting at the death, and it becomes evident that RR would have a strong affinity towards their MVP.

Jos Buttler also joins his English all-rounder teammate as the second pick for RR’s core players. His run aggregate for RR reads an impressive 1187 runs at an average of 34.91. Additionally, he can conveniently slot in at just about any batting position and can also keep wickets. As RR’s highest run-getter from the past cycle, the Universe ‘Jos’ should get a clear nod-ahead as one of RR’s retentions.

Completing Rajasthan’s flamboyant group of primary players is their best Indian performer: Sanju Samson. In terms of skillset, the young Kerala-based gloveman is quite similar to Jos in terms of batting flexibility and wicket-keeping skills. Besides, as a player who has been associated with the Royals since 2013; Sanju offers the team a potential local captaincy option- should they be willing to go down that route.