3 Top Contenders to be Next RCB Captain in IPL 2022

Bangalore team is currently captain-less as Virat Kohli stepped down from the position while vice-captain AB de Villiers retired ahead of the season. 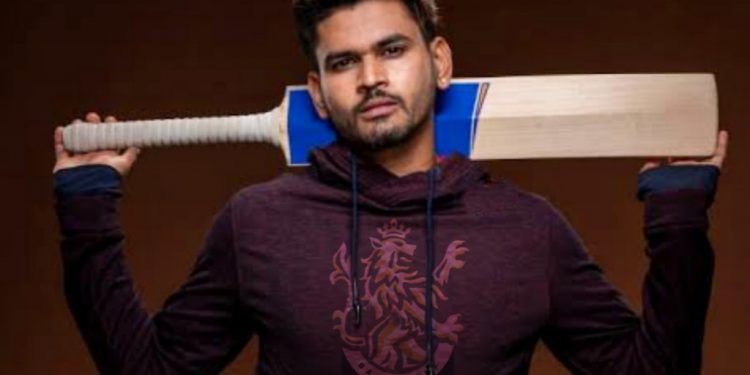 The countdown to the fifteenth edition of the Indian Premier League (IPL) draws close with every passing second. And with all the ten teams- including the newbie additions- Ahmedabad and Lucknow- having announced their retention/ draft picks, the league offers a tantalizing amount of hype and suspense around the upcoming mega-auctions.

The mega-auctions for IPL 15 will be a 2-day long process, featuring some of the finest domestic and international cricketers going around for the squads to pick and choose. Every squad will have its own priorities- some overlapping with others- when it comes to selecting specific players to suit the niche that they’re best suited to. Some franchises will be on a lookout for all-rounders, some will be seeking openers, others specialist overseas or domestic spinners; different needs for different teams, depending on the situation.

Royal Challengers Bangalore (RCB), like every other franchise, will also find themselves in a similar boat, come February 12. Although the RCB think-tank will have an added headache of picking a player who could be a potential captaincy candidate for the team. With Virat Kohli- one of RCB’s 3 core-retained players- deciding to relinquish his captaincy duties, the squad will have to appoint a new leader to lead the side.

And who could that new leader be? Read on to find out, as we pick our top 3 contenders for the new RCB captain in IPL 2022..

Among the core group of retained players, Maxwell stands as the candidate most likely to be entrusted with the captaincy duty. While Maxwell’s tryst with the Bangalore franchise has been relatively short, spanning only one season; that season saw Maxi establish himself as one of the marquee players of the franchise.

Maxwell starred with 513-runs in the 2021 season and also picked up some key wickets, allowing RCB to finish in the top-4 teams of the tournaments. What serves Maxi’s captaincy case well is the fact that he has assumed a similar role for the Melbourne Stars in the Big Bash League (BBL), and experienced a fair bit of success in that position. Of the existing RCB core of Virat Kohli, Mohammed Siraj, and himself, Maxwell stands head-and-shoulders above the others as the most well-suited candidate for captaincy.

Once a leader of the Sunrisers Hyderabad (SRH), the Southern-derby rival franchise of RCB, Australia’s David Warner will find his name in the player auction pool this time around. And from the looks of it, Warner seems to be in good stead to be snapped up by RCB and lead them in the upcoming season.

Warner has a stellar batting record in the IPL to his name, with 5449-runs from 150 innings. But Warner’s captaincy stats have been equally impressive. In the 7 seasons that he captained SRH in, Warner was able to lead them to the playoffs 5 times; and even led the team to its maiden championship in 2016. His win percentage reads a formidable 52.17%.

It’s hard to imagine Warner ‘Gadu’ in any other IPL jersey than the iconic SRH black-and-orange colors. But with the circumstances being precarious as such, Warner looks in great likelihood to be don the red-and-black RCB kit this season.

The only Indian name on this list, Shreyas Iyer has a lot of things going in his favor that could see him captain RCB the next season. For starters, he won’t be pursued by his former team, Delhi Capitals (DC) in the auction. So that already makes the work inherently easier for the RCB management.

ALSO READ: Squads Of All 10 Teams Ahead of IPL 2022 Mega Auction

Then there’s the fact that Iyer is a proven local middle-order batsman; a prized commodity in the IPL. In 87-innings, Iyer has scored 2375-runs at a strike rate of 124. Clearly, as far as a reliable batsman goes, Iyer’s stats speak for himself.

But the factor that really helps Iyer’s cause is the fact that he has had a solid record as a captain in the tournament. The two-seasons Iyer captained full-time, DC managed to reach the playoffs on both occasions, even finishing with a runners-up medal in 2021. For a franchise that has often been deprived podium and playoff finishes, Iyer could just be the guy RCB might target to lead them to glory in the 2022 edition.