Women IPL is now the 2nd most expensive cricket league In the world. 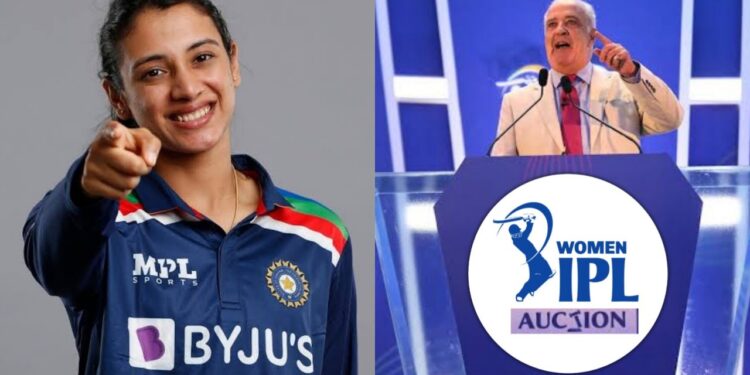 Smriti Mandhana is expected to get a big bid (Pic - Twitter)

The first-ever Women’s IPL is set to take place this march with 6 teams participating in it. Here are 5 Players who can be the Most Expensive in WIPL 2023 Auction.

The media rights of the WIPL are already sold to Viacom 18 and now the date of the player auction will also be finalized in the upcoming weeks. The franchise ownership auction is scheduled to take place on the 25th of January. Men’s IPL franchises Kolkata Knight Riders, Chennai Super Kings, Rajasthan Royals, Surisers Hyderabad, Punjab Kings, and Gujarat Titans will take part in the bidding for the WIPL team.

NEWS 🚨- The BCCI is pleased to announce Viacom18 Media Private Limited as the successful bidder of Media Rights for the Women’s Indian Premier League (WIPL) Seasons 2023-2027.

BCCI has sold the media rights for the WIPL in a whooping 951 Crore INR for the 5-year cycle to Viacom 18.

The Indian T20 stars Mandhana, Jemimah, and Harmanpreet will be in the eyes of all 6 franchises. Along with the superstars, there will be top overseas players participating in the auction as well. Here we will discuss the top players who can fetch the big bag in the WIPL auction.

The Indian left-handed batter is a young watchful player. Smriti is most likely to fetch the costliest contract in the WIPL 2023 auction. Along with the batting ability, Smriti comes up with a huge fanbase. She is very popular among the youth which will help any franchise gain a strong fanbase.

Another young and exciting batter from India is Shafali Verma. Her destructive batting is totally suitable to the format and every franchise would like to have her on their side.

One of the best all-rounders of the game Ellyse Perry is a very popular face of the game. Her three-dimensional play can change the game for the team at any point in the match. She can also lead a team in the tournament.

Experienced Alyssa Healy is also likely to fetch a great amount of money in the WIPL auction. She is one of the few women who have scored a century in T20 Cricket. She is a reliable opener which every team would like to have at the top.

30-year-old English right-handed batter Nat Sciver will also be in high demand in the WIPL Auction. She is very consistent with the bat and is one of the main assets of the English team.