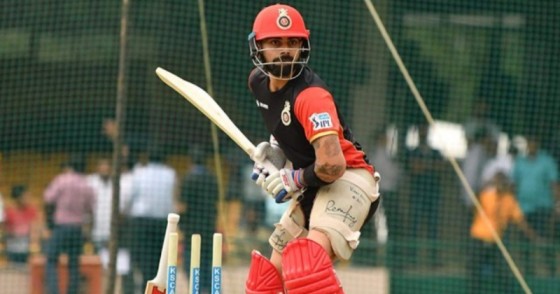 Former India cricketer Aakash Chopra firmly believes that a captain is as good as his team while speaking of Virat Kohli’s run as the captain of the Royal Challengers Bangalore (RCB). Kohli has been a part of RCB outfit since the inception of IPL in 2008 and he has been leading the side since 2013. However, RCB is yet to taste the success as the IPL winner.

In 2016, RCB played the IPL final against Sunrisers Hyderabad but couldn’t win the title. The last two seasons have been pretty rough for the Challengers as they started their campaigns with strings of defeats which made it really tough for them make a come back in the tournament.

RCB is focused on their top-order batting: Aakash Chopra

Chopra feels that the mistakes in RCB’s team selections are quite evident. “He is surely not a successful IPL captain. The team has not done well, it is actually a fact. And it is not one or two years, but many seasons,” Chopra was quoted as saying on his YouTube channel.

“There are manifold reasons for that. First thing is that they don’t pick the correct team. If you see their squad’s strength, you can observe glaring mistakes. You can punch holes in that,” he stated.

Chopra said how the team have mostly focused on their top-order batting. What he says, is actually true and that can be clearly seen in the selection of batsmen the team has made. They have had the likes of Kohli, AB de Villiers, Brendon McCullum and Quinton de Kock. In the last auction, they also picked up Aaron Finch.

RCB has always had a thin bowling lineup: Chopra

“There are no fast bowlers, who will bowl at the death, who will bat at No.5 and No.6. They have never focused on these problems. As a result, they have always had a thin bowling lineup, the same Yuzi Chahal, just the one fast bowler, that’s about it,” Chopra quipped.

“If you don’t pick the team properly, don’t expect miracles from a captain,” Chopra added. On the contrary, Kohli has been brilliant as the Indian captain leading the team to many victories at home and even on foreign soil. He has led the team with example and has instilled a burning desire in the team to win.

Kohli is in fact the all-time leading run-scorer in the IPL with five centuries to show for his efforts. In 2016 alone, he scored four tons and almost accumulated 1,000 runs in a single edition of the league.