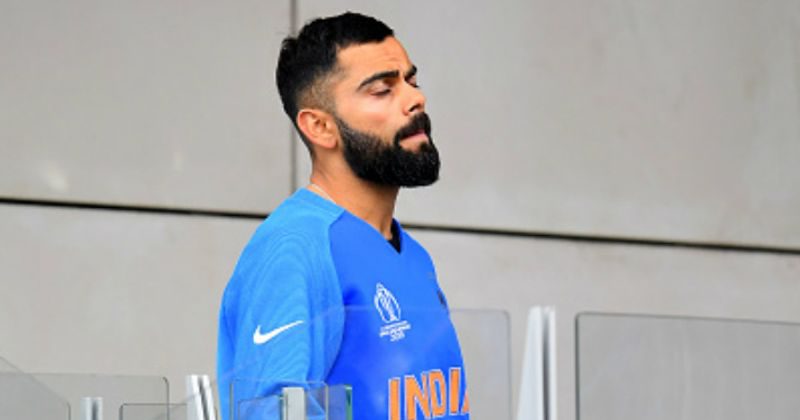 Handling the trolls is an art in itself. Not everyone has the wits and wisdom to cope up with the taunting and often times ridiculous comments of the trolls. Over time, Virat Kohli has had to learn this art as well and now he knows how to deal with these negative elements. However, he was not so good at it in the past.

Kohli was a part of many controversies in his earlier days, owing to his aggressive nature on and off the field. Kohli was involved in such an incident way back in December 2011 when India was touring Australia. Virat Kohli was frustrated and driven by emotions, he showed his middle finger to the crowd which created quite a stir and became a big controversy.

Three reminders for Kohli by the user

It was during the same period, Kohli was offended by a Twitter user for abusing him. Replying to the user, Kohli had tweeted with an advice to the user, “@ishaan3 your account has been reported and will be deactivated soon. dont tweet if u wana use foul language.”

@ishaan3 your account has been reported and will be deactivated soon. dont tweet if u wana use foul language.

Kohli must have forgotten the matter but the user made sure that he kept reminding the current Indian skipper about his account’s standing. The Twitter user took Kohli’s tweet way too seriously and gave him three reminders in total so far, stating that his account was still active.

@imVkohli Still i am on Twitter bro… 5..Panch Saal hogye

The first reminder was in 2016, the next one in 2017 and the recent one was on this Thursday. The Twitterati has found the whole matter quite funny and they are loving every bit of it.

As for Kohli, he is gearing up for IPL 2020 with his team. The tournament is set to begin from September 19 in UAE. All the teams will be having training camps before the league starts and everyone will be in a bio-secure bubble. The tournament will be held behind closed doors due to the COVID-19 pandemic. Kohli will be looking to better his record as the Royal Challengers Bangalore (RCB) captain.