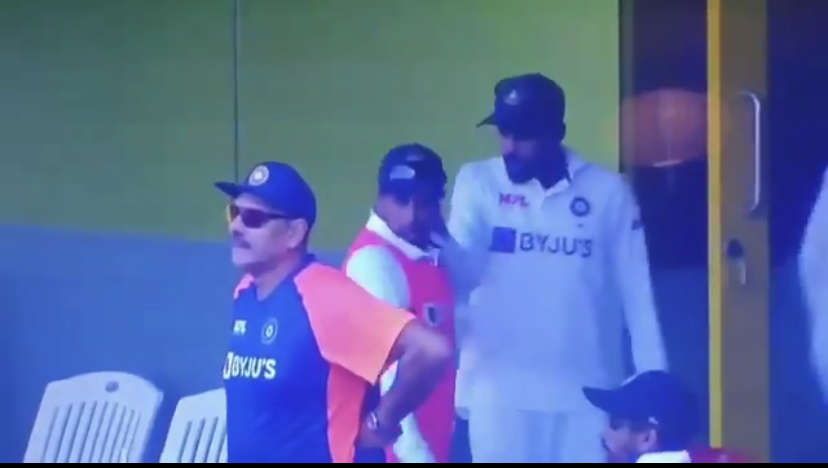 Team India is locking horns with England in the first Test in Chennai where the Indian bowlers are toiling hard to dent England’s inning. Mohammad Siraj, who was the hero on the Australian tour has been excluded from the squad and the exclusion of chinaman Kuldeep Yadav has surprised many. However, both these Indian cricketers are making headlines because of a viral video.

Cricket is back in India after a gap of almost a year due to the outbreak of Coronavirus across the globe. However, things have gotten better now and the activities have resumed with cricket making its comeback on the Indian soil with England’s tour of India. The English batsmen have been relentless in their efforts and have kept the Indian team at bay so far in the match.

Joe Root opted to bat first after winning the toss and the English batsmen proved his decision right by piling up the runs in the first inning. While the cricketing action was taking place in the ground, there was some other action going on just outside the dressing room. In a viral video that’s doing the rounds, Siraj can be seen clutching Kuldeep Yadav’s neck.

The reason for such an action is not yet known, however, the gestures suggested that something serious was brewing up between the two cricketers. The head coach of the Indian team can be seen in the video and just behind him, Siraj can be seen holding Yadav by his neck. The details of the incident are still under the covers and no one can be sure of what really transpired.

Talking about the match, team India has been on the backseat right from the first session, owing to some class batting by the English batsmen. After the end of first day’s play, England had only lost 3 wickets scoring 263 runs.