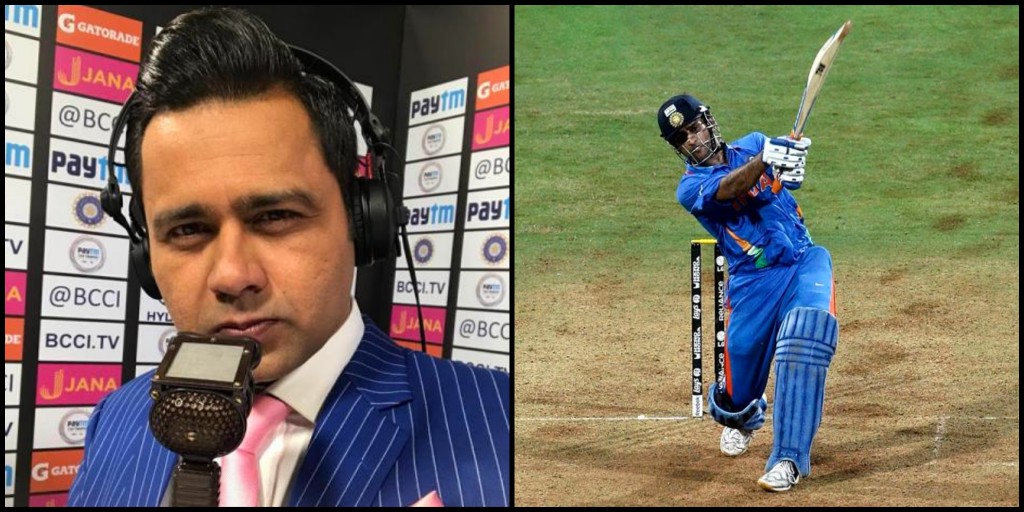 Today, MS Dhoni completes 15 years in International cricket. On this day in 2004, Dhoni had made his ODI debut for India against Bangladesh. Dhoni was run-out on duck in his debut match. But today, when we see his record we can only hail him as a legend. Dhoni’s journey is an inspiration. A ticket collector in a Jharkhand’s railway station who never gave up achieving his dream.

Above them all, in 2011, he led India to their first World Cup win since 1983 which will go down as biggest achievement of his captaincy career. MS Dhoni’s 91-run knock is one of the most memorable knocks in Indian cricket history. Even the words which commentator Ravi Shastri uttered when Dhoni hit World Cup winning six are still in fans’ hearts. Remind you, Ravi Shastri went on to commentate, “Dhoni finishes off in style. A magnificent strike into the crowd! India lift the World Cup after 28 years!”

Meanwhile, Aakash Chopra who has gained a lot of popularity among fans after holding the commentator mic revealed what he would have commentated when Dhoni’s six won the World Cup for the nation. Chopra tweeted on the day Dhoni completed 15 years in international cricket “I wasn’t on commentary when Dhoni sealed it with a six. 2nd April 2011. I would’ve gone something like—धोनी का बल्ला घूमा…इस बार सिर्फ़ वानखेड़े नहीं पूरा देश झूमा। A night to remember. A player to cherish. #15yearsOFMSD,”

This loosely translated to, “Dhoni rotated his bat… this time not only Wankhede but the whole country celebrated”. However, Chopra got trolled after this tweet. Some said that Ravi Shastri’s commentary was way better. Some netizens even said this commentary of Aakash Chopra would have ruined the biggest moment of Indian cricket history. Here below are the fans’ reactions. 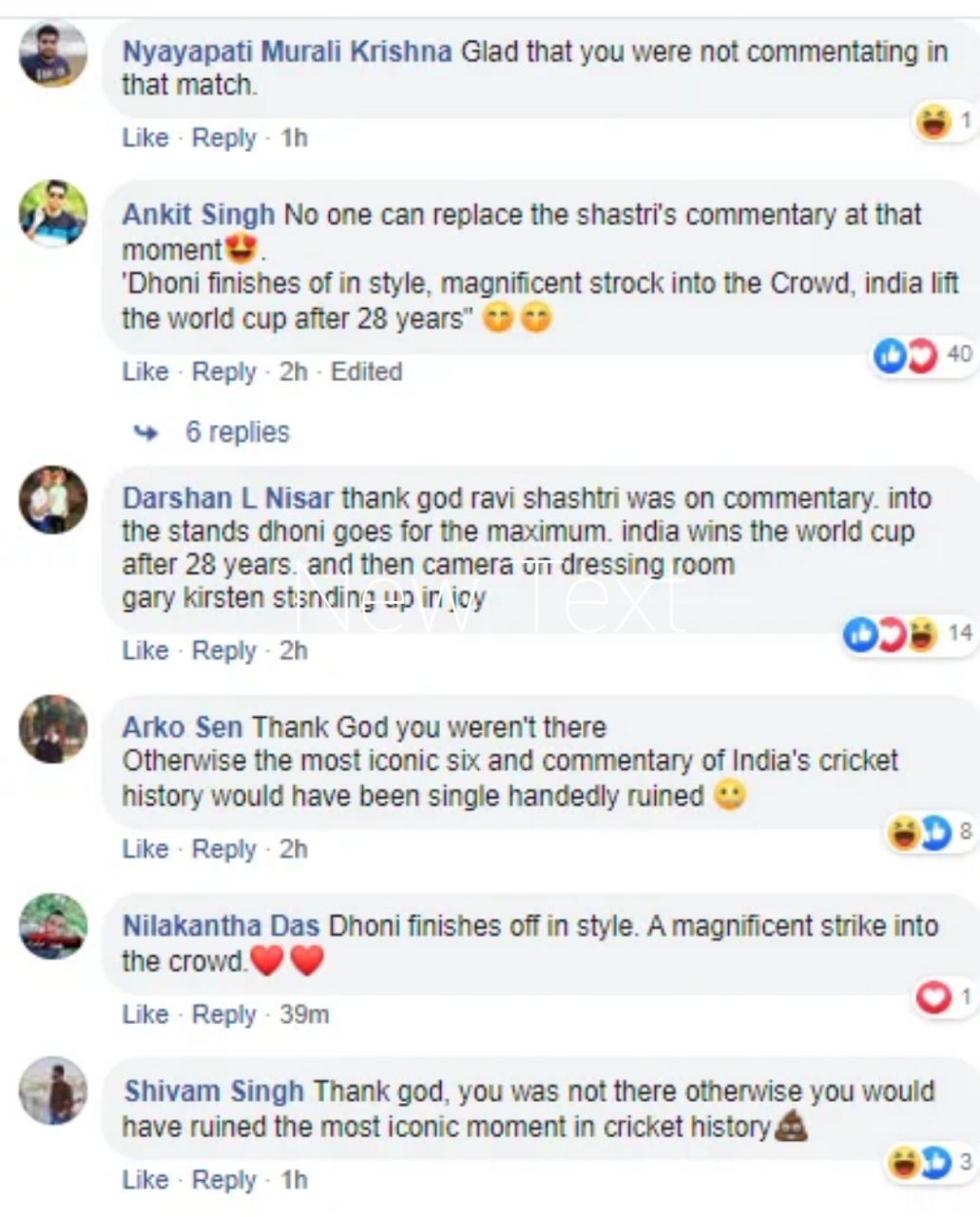