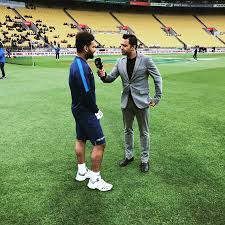 After restricting DC to a par-score of 164, Nicholas Pooran (53 off 28) and Glenn Maxwell (32 off 24) led Punjab’s counterattack with a match-defining 69-run partnership. Thanks to their mature batting, KXIP acquired 2 crucial points and advanced to the fifth spot on the points table; just 2-points separating them from the fourth-ranked Kolkata Knight Riders (KKR).

It wasn’t exactly a field-day for the Capitals, who were clearly lacking some sting in their batting. Barring a magnificent hundred from Shikhar Dhawan (106* off 61)- his second on the trot- no other batsman was even able to cross 20. As it turned out, Rishabh Pant and Shimron Hetmyer’s reinstation to the side didn’t do much to help that particular cause. They will be eager to address this slump ahead of potentially featuring in the playoffs.

Speaking of Rishabh Pant, fans were not entirely sure of his whereabouts in the game. The 23-year old ‘keeper-batsman got drafted back into the side right after recovering from a hamstring tear…or so it would appear! Commentator Aakash Chopra left several fans humorously stunned by posting a picture of Pant’s doppelganger over on Twitter. “Pant is in Solapur. Who is keeping for Delhi Capitals in Dubai, then?”, the former opening batsman wrote, referring to a random fan featured on the IPL virtual fan-wall. Here’s his tweet:

Pant is in Solapur. Who’s keeping for #DelhiCapitals in Dubai then? 😛 pic.twitter.com/1pfQaYVzuX

Really, though, it was Pant who did keep wickets for the Capitals in yesterday’s game! And he did a good job too; the mercurial southpaw glovesman collected the catches of Nicholas Pooran and Glenn Maxwell to account for two of paceman Kagiso Rabada’s victims. Unfortunately, it wasn’t enough to ensure a victory for his side.

Delhi will next be playing against KKR on Saturday at the Sheikh Zayed Stadium in Abu Dhabi. Meanwhile, Punjab will look forward to continuing their upward trajectory when they face off against the Sunrisers Hyderabad at Dubai.