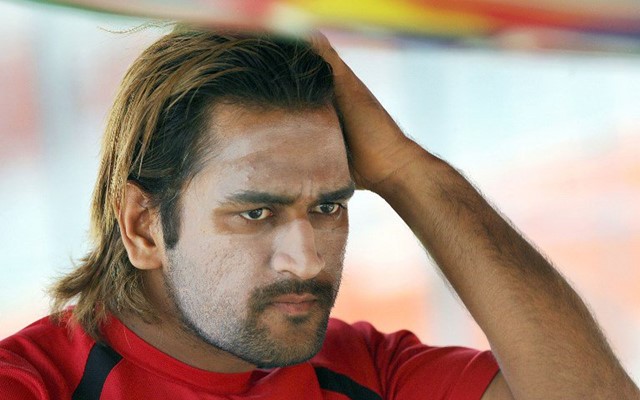 MS Dhoni’ success story is pretty much known to all of us. Every cricket fan has seen the movie ‘MS Dhoni- The Untold Story’ at least once. In the biopic of the legendary wicket-keeper batsman, we all have seen the struggle which he has faced in his life. From a brash and outlandish personality to a responsible and matured character, fans have witnessed the change in his so far cricketing career.

However, still, there are facts in his story that are yet hidden even after 16 years of his cricketing career. One of them was his story behind his long and gold hair that he sported at the start of his career. But now the former Indian cricketer Akash Chopra has revealed the story behind MS Dhoni’s long gold-streaked hair.

The former cricketer and recently turned commentator has narrated a story about MS Dhoni’s long hair on his social media handles. Actually, he has unveiled a story from the past time when Dhoni and Chopra shared the room way back in 2004. It was during the tour of Zimbabwe and Kenya. At that time Akash Chopra was the senior player in the team and Dhoni was his junior mate.

Aakash Chopra, the former Indian cricketer, took to Instagram to share the story of that time incident with an interesting video. Actually, in 2004 when both the cricketers shared the same room had an interesting chat between them.  Chopra in the video said that he didn’t expect such a humble demeanour from the spunky young dasher. He also added that he had expected that Dhoni would dominate him. But that wasn’t the case at all. Chopra said that Dhoni didn’t reveal what he felt and that was pretty palpable when the keeper was on the park. It was a reason behind Dhoni getting the name of ‘Captain Cool’.

He captioned the picture and wrote, “The STORY of DHONI’s LONG hair! | HIS-tory | And what’s the story behind @mahi7781’s long hair? Let me share my memorable experiences of sharing a room with this legend almost 15 years ago in ‘HIS-tory’.”

And what's the story behind @mahi7781's long hair? Let me share my memorable experiences of sharing a room with this legend almost 15 years ago in 'HIS-tory'.