Aakash Chopra opines that Jadeja won't have much success with the ball in Australia. 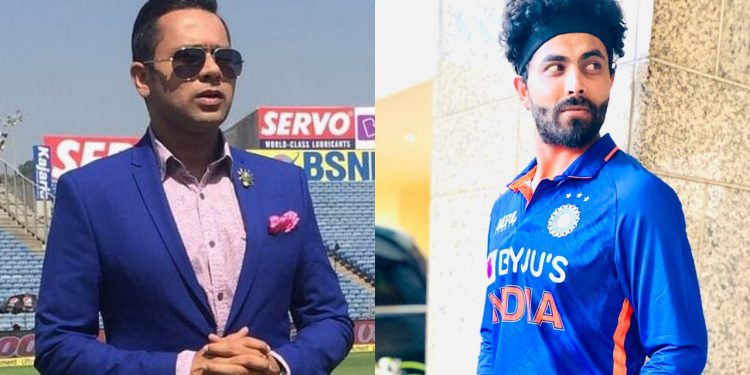 Former Indian cricketer, Aakash Chopra, has stated that Ravindra Jadeja’s selection into the T20 World Cup, which is to be held later this year, would be a matter of concern for the Indian side. He said this in one of his youtube videos, where he was speaking about India’s spinning options for the marquee event. He went on to highlight Jadeja’s confirmed spot in the T20 World Cup 2022 squad, although he mentioned that the left-arm spinner won’t be picking a lot of wickets.

Chopra said that Yuzvendra Chahal would be the first spinner to be selected into the squad, given his wicket-taking skills and great recent form. He mentioned that Ravindra Jadeja would be the second spinner to be selected. The former cricketer said that it is known to all that Jadeja will be selected into the side and will be playing in the XI despite the lack of his wicket-taking ability. He further mentioned the names of Ravichandran Ashwin and Axar Patel, who both, according to him, lie in the same bracket as Jadeja, as all three of them don’t pick a lot of wickets. The former cricketer however was interested in picking Kuldeep Yadav and young Ravi Bishnoi for the T20 World Cup 2022.

Jadeja is not a wicket-taker in the shortest format, says Chopra

Ravindra Jadeja is arguably the best spin-bowling all-rounder in India currently. His fielding and much-improved batting make him a confirmed selection into the Indian side for the T20 World Cup 2022. Aakash Chopra seems to accept these facts, however, he has predicted that Jadeja won’t be picking a lot of wickets in Australia.

Aakash Chopra, while speaking in his youtube video, said that Ravindra Jadeja lacks the wicket-taking ability in the T20s. He mentioned that Jadeja has not been picking a lot of wickets since the T20 World Cup last year.

“If we see his numbers, he has played seven matches since the T20 World Cup, picked up just four wickets, average is above 43 and the economy is also close to 8.5 – it’s not great.”

Chopra also highlighted that Jadeja has had a below-average IPL season this year. He mentioned that the southpaw played 10 matches in the IPL where he picked up just five wickets at an average of nearly 50, an economy of 7.50, and a strike rate close to 40.

The former cricketer said that although Jadeja would be selected into the side, him getting a lot of success with the ball should not be expected. The Australian conditions won’t be favorable to Jadeja’s bowling, he said.

However, it is worth mentioning that Jadeja has picked up six wickets in the six T20Is that he has played in Australia. He has done so with an economy of 7.82 and his best figures Down Under are 2/21.

Chopra concluded by saying that Team India would only be able to take a maximum of 3 spinners to Australia, given the fast bowling-friendly conditions there. Two of these spots would be reserved for Yuzvendra Chahal and Ravindra Jadeja, according to him. He said that the selectors would have to pick between Kuldeep Yadav and Ravi Bishnoi as the third spinner for the T20 World Cup 2022.