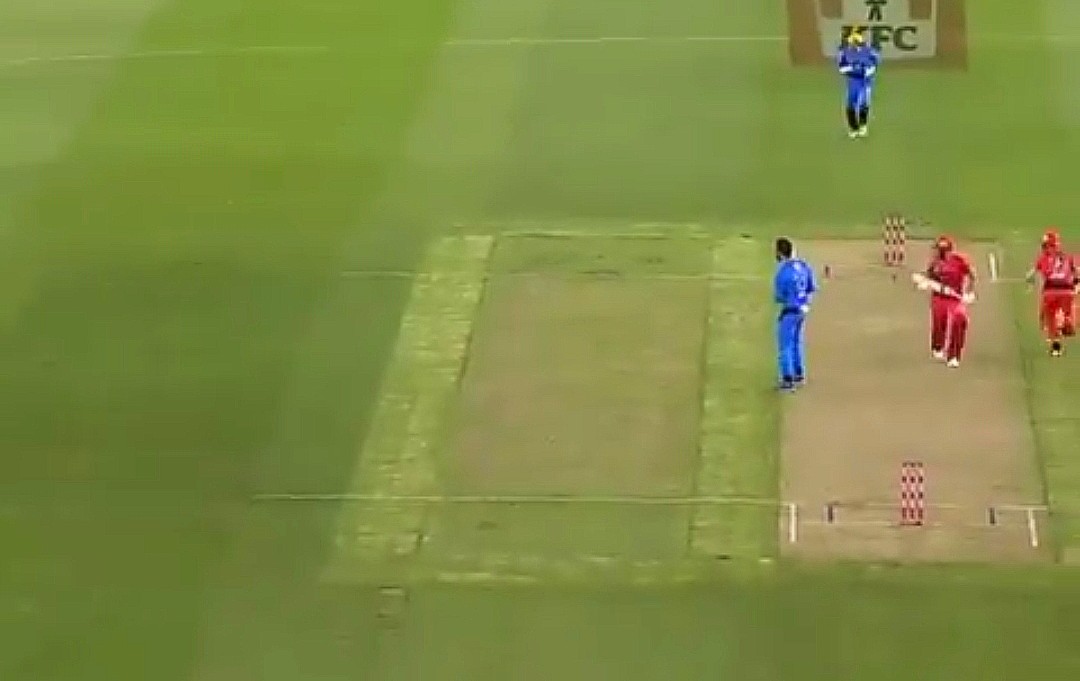 Aaron Finch-led Melbourne Renegades are winless in Big Bash League 2019 so far. Today they lost their 4th match of the season as Adelaide Strikers beat them by 18 runs. Strikers won the toss and opted to bat first. Philip Salt gave a solid start scoring 54 off 26 balls. However, after his wicket team’s run-rate decreased.

In the end, Rashid Khan’s 25 off 16 balls helped Adelaide put 155 on the board. Renegades skipper Aaron Finch played a sensible knock as he kept rotating the strike and didn’t showcase power hitting. He reached his fifty off 38 balls which includes 1 four and 1 six. However, just after completing fifty Aaron Finch became a victim of a brain fade moment.

On 39th ball of his innings, Finch pushed a Wash Agar’s delivery to take a single. Both batsmen had to run quickly to complete the run as Rashid Khan had picked the ball. But Finch kept looking at the ball and Rashid Khan nailed the direct hit at the bowler’s end. Lack of presence of mind costed Finch his wicket. After Finch’s wicket, Renegades’ line-up collapsed. They fell 18-run short of Adelaide’s score.

Rashid Khan starred the match as he contributed in win with all three batting, bowling and fielding. Apart from the game-changing run-out, he picked 2 wickets in 4 overs conceding just 15 runs. His 25 runs off 16 balls at the turned out to be crucial for the Strikes. Rashid was named man of the match for his all-round performance.

Adelaide Strikes climbed on to the top of the points table after this win. On the other hand, Defending champions Melbourne Renegades are still looking for their first win since the final of last season. Although, it’s a long tournament and 10 more matches left for them to pay in Big Bash League 2019-20.