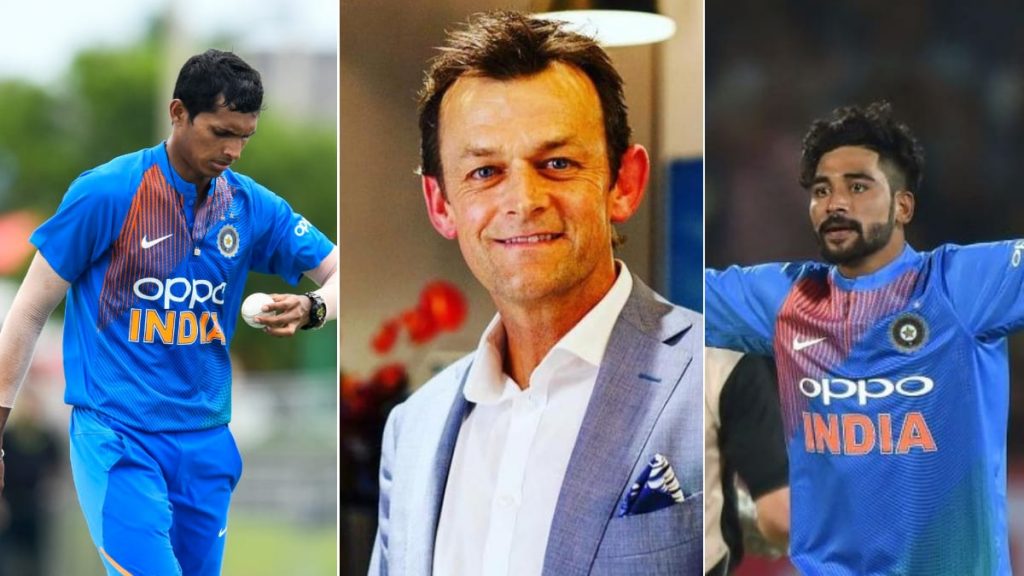 Friday saw the men-in-navy-blue make their comeback to international cricket after 8-months of absence in the 3-match ODI series against Australia at the Sydney Cricket Ground. While the high-scoring match had plenty of talking points on the field; off the field too, fans had some really interesting observations to pick up on from the match. None more glaring than commentator Adam Gilchrist’s on-air faux-pa involving India pacer Navdeep Saini.

At some point in the game’s first innings, the former Australia opener spared a moment to laud Saini’s determination. Gilly praised the young Haryana-born quick for competing in the ODI series despite the recent demise of his father back in India. He also sympathized with the tragedy that the bowler wasn’t able to return home to observe the ceremonial last-rites.

But while his gesture was a noble one, it was horribly inaccurate. Because it’s Saini’s red-ball teammate, Mohammed Siraj, who was heartbreakingly bereaved of his father last week.

The Twitterati hardly wasted any time in making Gilchrist aware of his error.  Some people were rather candid with their clarifications and criticized Fox and Gilchrist for not addressing the matter on time. Here are some of the fan-tweets informing Gilly of his error. One of them even features New Zealand speedster Mitchell McClenaghan.

It's Siraj whose father has passed away @gilly381 and not Saini. 😭#INDvAUS #AUSvIND

Adam Gilchrist confused Siraj with Saini. 🤧 Surprising none of the other commentators corrected him that Siraj's father passed away last week and not Saini's.#INDvAUS #AUSvsIND #IndiavsAustralia

I was wondering if I heard right. Was tempted to message a mate in Oz but held back. They confused Saini for Siraj? https://t.co/T9zcucMDyp

But Gilchrist, to his credit, was quick to accept his mistake and issued a humble apology to both players. Here’s the official correction-tweet he responded with to Twitter user ANSHU NAYYAR (@anshu2912):

Yes, thanks @anshu2912 I realize I was mistaken in my mention. Huge apologies for my error, to both @navdeepsaini96 and Mohammed Siraj. 🙏😌 https://t.co/618EUIEyNU

Lack of match-time clearly showed in the Indian tourists’ game, as they were trounced by their yellow-clad rivals by 66-runs. Steve Smith (105) and Aaron Finch (114) led the hosts’ charge, as they finished with a mammoth, 374-run total on board. The likes of Saini, Jasprit Bumrah, and Yuzvendra Chahal looked woefully out-of-touch against their hard-hitting Aussie contemporaries.