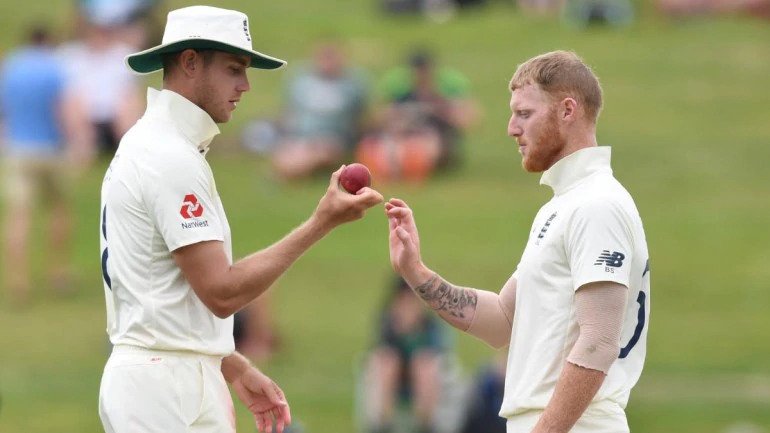 After three long month’s of wait, cricket action finally got underway in the United Kingdom (UK), with host England playing a three-match test series against the West Indies. Amidst all safety measures in place, the game was played at The Ageas Bowl in Southampton which resulted in, a rather surprising defeat for the home team. After the defeat, one thing the England management and the stand-in skipper, Ben Stokes will have to review is the decision to exclude Stuart Board from the playing XI.

Stuart Broad Not In The First Test Team
In a surprising move, the England bowling line up for the missed one big name in Stuart Broad. And after the defeat, questions arose over the exclusion of the experienced pacer. However, stand-in skipper Ben Stokes defended the decision to leave out Broad and go with a pace attack that comprised James Anderson, Mark Wood and Jofra Archer, with Stokes the fourth pace option. “I don’t regret leaving Stuart Broad out, and we are fortunate to leave someone like him out. I would be upset if he didn’t show the passion he did in that interview, and he’s nowhere near done. If he plays in the second Test I hope he walks off with some wickets,” Stokes added.

Broad Unhappy With His Exclusion
Stuart Broad seems unhappy at being left out of the squad. In an interview he said that he felt it wasn’t the right move to leave him out of the team. And especially with him having played an important role in the team retaining the Ashes in 2019, he should have featured in the first test against the West Indies.

Ben Stokes Defends Decision
“We made a decision based around thinking pace was going to stand us a better place in the long game. Stuart is a fantastic bowler and he understands the reasons why. If I was to regret that, I don’t think that sends the right message to the other guys I picked. Looking at the interview he gave I thought it was absolutely brilliant, to see the desire and passion that he showed”, said the stand-in skipper Ben Stokes.

Trailing 0-1, it’s over to the Three Lions on deciding whether to get Broad  back into the team or rely on the same pace attack as the first test to bowl the West Indies out.