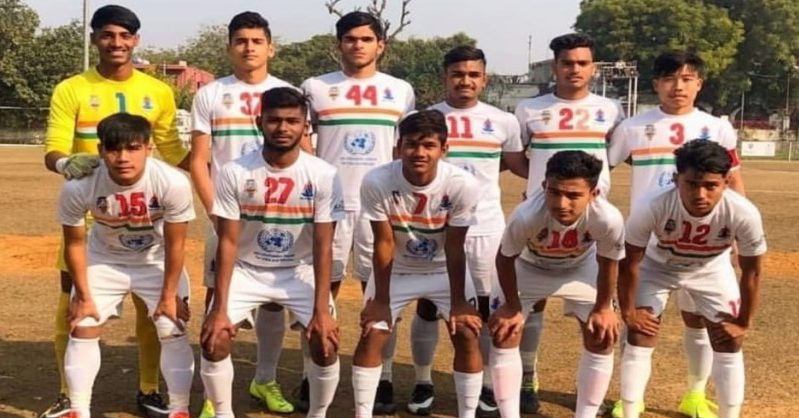 There was good news for Delhi-based football club Sudeva FC who got a nod from the AIFF (All India Football Federation) to participate in the 2020-21 season of the Indian I League. The club will be a corporate entrant. The move puts Delhi football back into the reckoning amid the country’s oldest domestic leagues. Sudeva FC’s entry into the upcoming I-League season was confirmed only on Wednesday by AIFF’s Bid Evaluation Committee.

Sudeva FC’s Selection Is Delhi Football’s Gain
The decision to include Sudeva FC as a corporate entrant in the 2020-21 I-League season brings a good spell for football in Delhi. After a long time, the capital is set to have it’s own team feature in the national league. The development of football in Delhi is sure to get a boost after this move.

President of Football Delhi, Mr. Shaji Prabhakaran took this opportunity to thank Sudeva FC for their efforts in reaching this far in their football journey. “My heartfelt congratulations to Sudeva FC management and entire team for achieving this and giving Delhi an opportunity to celebrate and get inspired by the Committee work the club has undertaken to develop football in general and youth players in particular.”, he said. He further added, “I also take this opportunity to express my gratitude to AIFF leadership for granting Sudeva FC the opportunity to be part of I-League”.

Corporate Entry Is Relegation Free
An added boost to the new entrants is that it keeps the club free from relegation threat for this season. As a rule based for corporate entry, it makes the team safe of relegation. Chairman of the League Committee, Mr. Subrata Dutta expressed his gratitude – “I on the behalf of AIFF, welcome Sudeva to the I-League family. I wish them all the best and look forward to a competitive league.”

Kushal Das Welcomes New Member To The Family
General Secretary Kushal Das was overwhelmed with Sudeva FC’s contribution to football in Delhi over the last few years. Their development goals are in sync with that of the AIFF and it’s good to have them in the I-League. “Welcome Sudeva to the I-League family. We have been working to get teams from different regions and cities to reach out to newer fans and provide the I-league more pan-Indian presence, which is in line with the AIFF Strategic Plan. Good luck.”, Das expressed.

With the league set to resume in few months, Sudeva FC will look forward to making a name for themselves among the top domestic teams in the country.