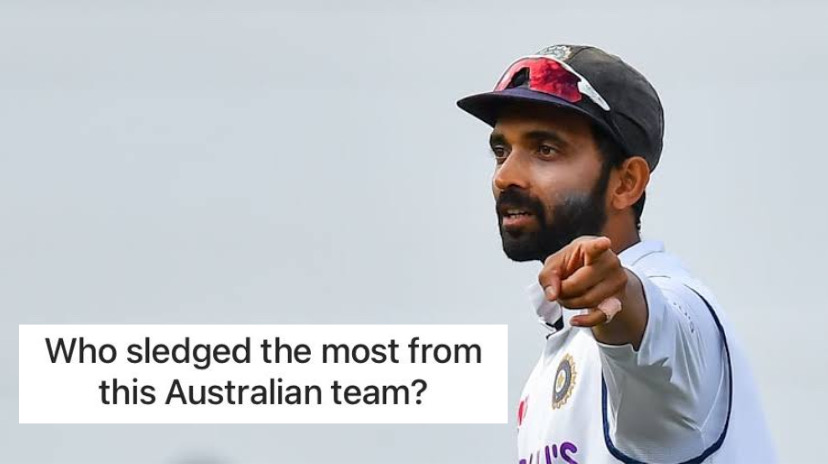 Recently, the Indian team under the captaincy of Ajinkya Rahane registered a historical test series win over Australia by 2-1. Rahane and company, when returned back to home, received a huge welcome for their work in Australia. Cricket fans and experts hailed Team India on social media platforms as well. Meanwhile, ahead of India vs England series, Ajinkya Rahane is having virtually quality time with his fans. On Saturday, on Instagram, he started the question/answer session to have a chit chat with his fans. While giving response to Fan’s question Indian batsman mocked Australian team.

While having free time ahead of India vs England series, Ajinkya Rahane decided to start ‘Ask Any Thing’ session on Instagram. During this session, one of the fans asked a question about Australian team sledging. Rahane quickly give the response and he mocked Australian team by saying that every Australian player is polite.

Fan Question- “Who Sledged the most from this Australian Team?”

Rahane Answer- “All of them are polite! 😉” 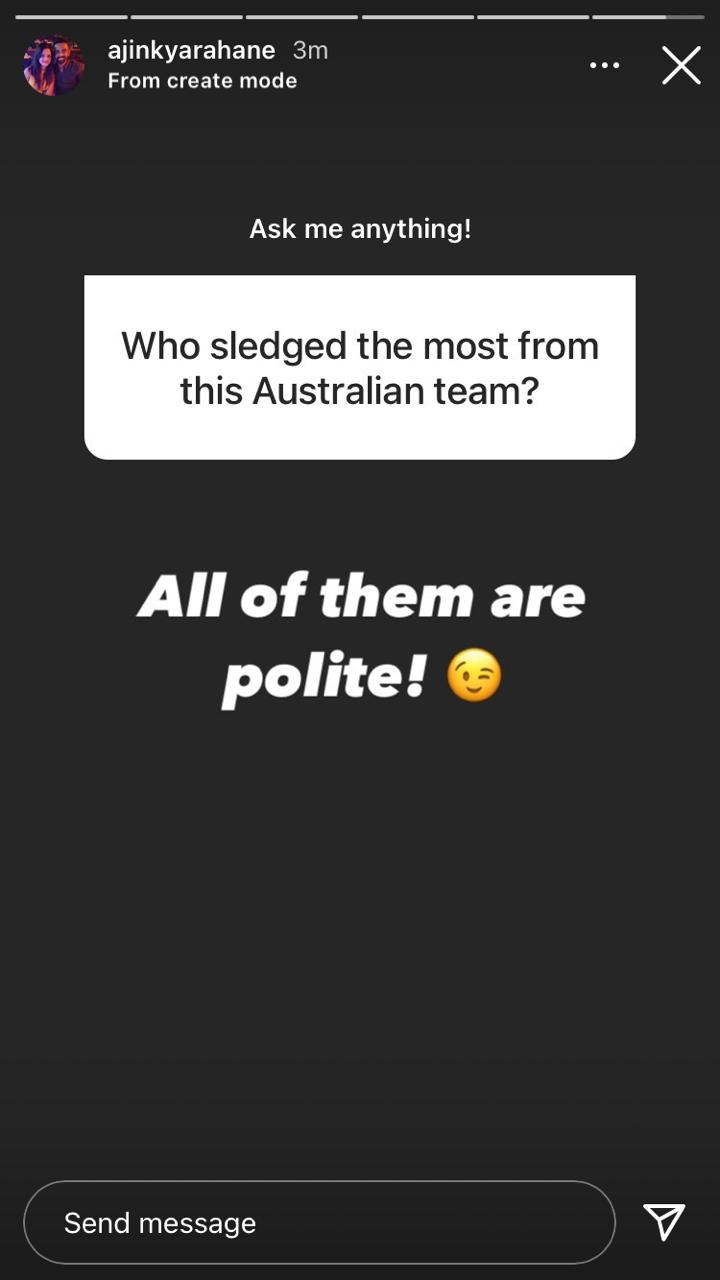 Also Read: India vs India A to take place ahead of India’s Tour of England 2021

England Tour Of India To Start From 5 February 2021

India vs England 2021 tournament is all set to start from 5 Feb with the inaugural test match at MA Chidambaram Stadium in Chennai. It will be a long tour consisting of 4 Test matches series followed by 5 T20Is and 3 ODIs.

For both, the teams’ Test series will play a vital role in order to qualify for the final match of the ICC Test Championship. Currently, Team India is leading the points table with 71.7 win percentage and England is at the 4th position with 68.7%.