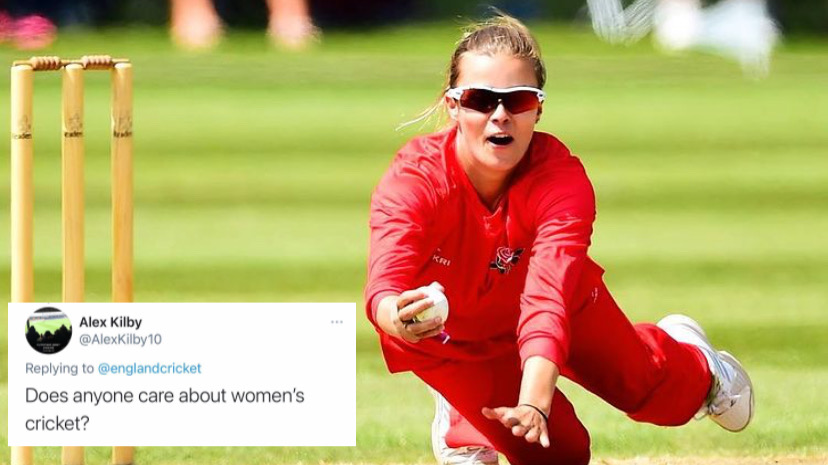 The lockdown which resulted out of the COVID-19 pandemic brought cricket action all over to a complete standstill. Eight months down the line, things began to crawl back to normalcy, and international cricket resumed as well. The England and Wales Cricket Board (ECB) had expressed its displeasure over Women’s cricket not taking place for a long time; which also resulted in an uncalled for trolling from a fan who later was at the receiving end from player Alexandra Hartley.

No ODI Action In Women’s Cricket: ECB
Through their official Twitter handle, the ECB (England and Wales Cricket Board) had tweeted how unhappy they were to not see their women cricketers in action. The post also had a sort of a trivia which asked fans to name the missing players from the lineup. Its been a while since the England women cricketers were last seen in action. And as like the players, the fans too looking forward to seeing them take the field again.

It's been a while since our Women were in ODI action!

Can you name the missing players from the XI? 🤔

Fan Trolls Women’s ODI Cricket
In an uncalled for response, one which hasn’t quite gone down well with officials and even the players to the ECB post, a fan feels women’s cricket is not as important and doesn’t require the limelight. The Twitter user who goes by the handle AlexKilby10 had responded to ECB’s post by commenting – “Does anyone care about women’s cricket.”

Alexandra Hartley Left Upset and Furious
The comment made by the fan left Engish cricketer Alexandra Hartley furious and hit back. She responded back with a series of images of a match from the 2017 edition of the Women’s Cricket World Cup. One of the images was of the onfield screen which displayed the record attendance present at the ground during the 2017 game between England and India. A sour and fitting response to the fan who perhaps will now know where women’s cricket stands today.