Amid rift rumours, CSK-CEO reveals why they released Ravindra Jadeja from the squad

Jadeja was under a lot of pressure, said MS Dhoni. 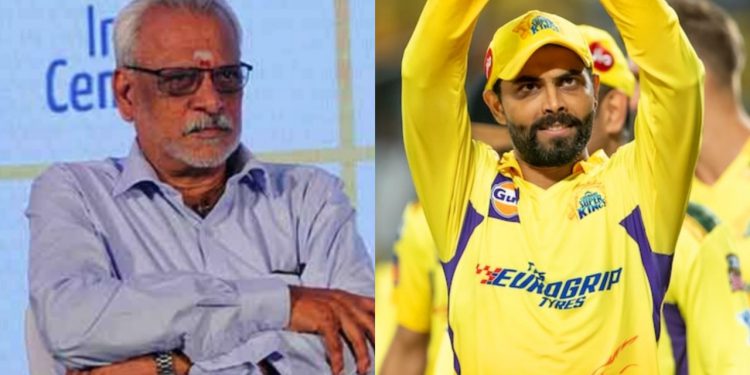 Earlier, Ravindra Jadeja had been out for a couple of matches because of a rib injury which occurred during the match against Royal Challengers Bangalore in their last battle on May 4th in Maharashtra Cricket Association Stadium, Pune.

In a recent development to the injury, Jadeja seems to have a major rib injury which could mean that he has to stay out of this whole tournament. CEO of Chennai Super Kings, Kasi Viswanathan revealed in a conference that, the all-rounder had to head back home, leaving the squad because of the injury. CSK on eight points still has three group league matches remaining in the tournament.

Ravindra Jadeja had been a pivotal asset to the franchise starting from his bid into the CSK. The all-rounder was looking in a very good form recently returning from a series against a strong English team. Jadeja’s numbers in IPL have always caught the eyes of the audience. Last year, the left-arm spinner had 13 wickets and a batting average of 75.66. 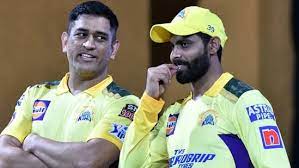 In IPL 2022, since the handing over of the captaincy from MS Dhoni, he was seen struggling with his natural form. In this edition of the Indian Premier League, he only managed to score 116 runs in 10 matches with an average of just 19.33. With the ball, he managed to grab only 5 wickets this year in all 10 matches that he played until he was injured. CSK now sitting at the eighth position with 8 points has a bare minimum chance to qualify only if they win all of their remaining matches by a huge margin. CSK is going to face their utter rivals tonight as they go against the Mumbai Indians for the second time in the group stage in the glorious Wankhede Stadium in Mumbai.