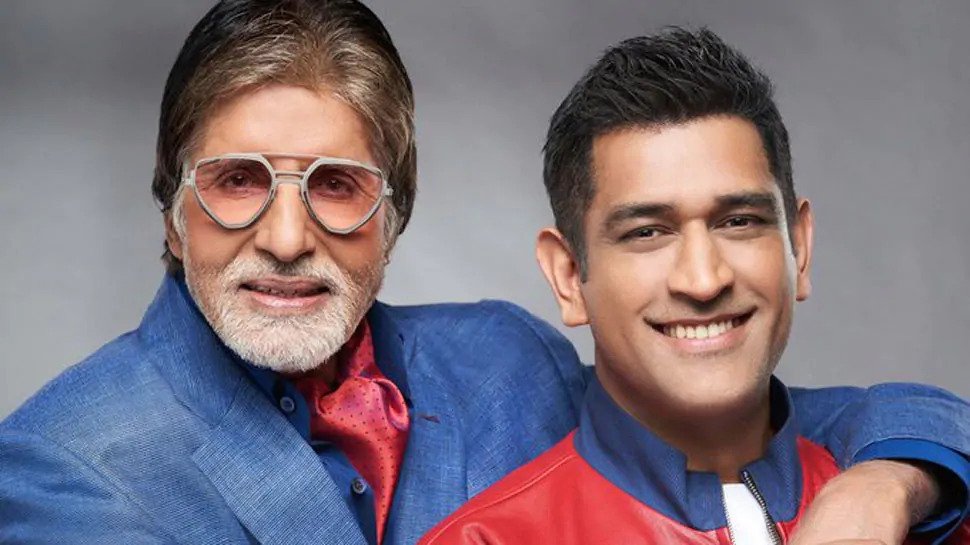 Just three matches into the ongoing Indian Premier League and Mahendra Singh Dhoni has began to feel the heat. For his team, Chennai Super Kings have lost 2 matches out of the three they have played. Concerns also beginning to surface around the performance of few people; Dhoni’s own batting stats adding to it. In Bollywood star Amitabh Bachchan, the misfiring Dhoni and the Chennai Super Kings found a much-needed boost ahead of their next game.

Amitabh Bachchan Shares Throwback Pic With Dhoni
Amitabh Bachchan posted a picture on Twitter of himself with Mahendra Singh Dhoni and captioned it – “The silent calm of the cool..” The post comes at the right time when MS Dhoni tries to find solace amidst a string of back-to-back defeats. Infact, a dip in batting form too will at the back of Dhoni’s mind as he tries to fill in the void created by the exit of batsman Suresh Raina and the poor show by the top order (baring Faf du Plesis).

Chennai Super Kings Suffer Second Loss In A Row
After starting their IPL 2020 campaign on a high by recording a win over defending champions, Mumbai Indians in their opening game, Chennai Super Kings suffered their second loss in as many games when they lost to Delhi Capitals by 44 runs. The loss brings to the fore a number of concerns surrounding the CSK camp. From poor contribution with the bat by the top order to Dhoni’s lacklustre knocks in the games he has come out to bat so far.

Dhoni Faces Criticism From Fans
Dhoni’s lack of intent in the games against the Kings XI Punjab and Delhi Capitals provoked criticism from his fans. Known over the years for his batting finesse and calm in finishing off games, Dhoni has not been at his usual best though. From dropping himself down the batting order and even playing second fiddle during high-scoring chases, fans would have definitely wanting to see a lot more of Dhoni.

It’s still early days in the tournament, and although back-to-back defeats shouldn’t be a concern for now, Dhoni and Team CSK will look to turn things around in the games to follow. And Amitabh Bachchan’s post could just be a boost that they want to get things going in their favor.