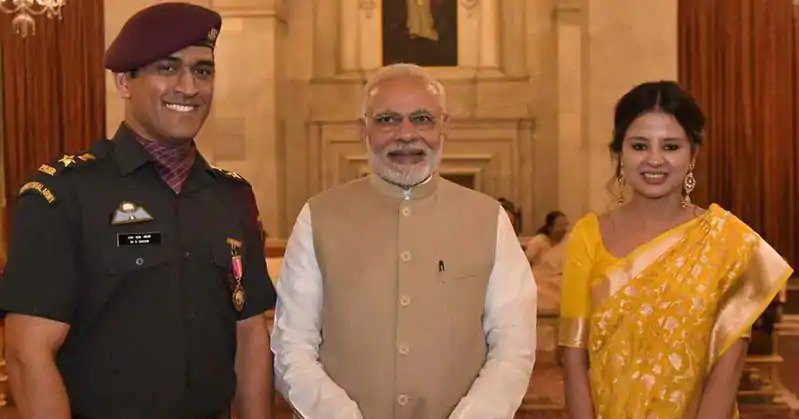 August 15th, 2020 will be ever remembered in India’s cricket history. For it was on this day that Mahendra Singh Dhoni, one of India’s most successful cricket captains decided to retire completely from international cricket. Farewells and emotions began to pour in, be it fellow cricketers, fans, film-stars and even politicians. And Prime Minister Shri Narendra Modi was not one to let go off the opportunity to pour his heart out. An emotional farewell letter written by the PM for MS Dhoni will surely leave fans touched.

Dhoni Makes Farewell Letter From PM Public
An emotional note written by the Prime Minister for MS Dhoni’s farewell was made public by the cricketer through his social media account on Twitter. In a heartfelt gesture, the Prime Minister poured his heart out in thanking one of India’s most decorated servants of the modern day game. “An Artist,Soldier and Sportsperson what they crave for is appreciation, that their hard work and sacrifice is getting noticed and appreciated by everyone.”, the PM wrote. Dhoni’s post also happened to be his first tweet since 2014.

An Artist,Soldier and Sportsperson what they crave for is appreciation, that their hard work and sacrifice is getting noticed and appreciated by everyone.thanks PM @narendramodi for your appreciation and good wishes. pic.twitter.com/T0naCT7mO7

A Decorated Captaincy Era Ends
With many still to come to terms with his retirement, Dhoni’s careers marks one of the most dominant spells of all round cricket ever seen. For under his leadership, the team won the World T20 (2007), were crowned world Champions in 2011 and also lifted the Champions Trophy in 2013, along side multiple Asia Cup triumphs.

The PM in his letter rightly recognized Dhoni as an icon, an inspiration to many. His contribution to cricket will always be remembered. An emotional gesture that moved many.

All Eyes On IPL
Dhoni now switches his focus to the Indian Premier League (IPL). The rescheduled league is set to kick-off in the UAE, and Dhoni would be looking to lead his side (the Chennai Super Kings) to yet another title before he hangs his boots from the domestic league.