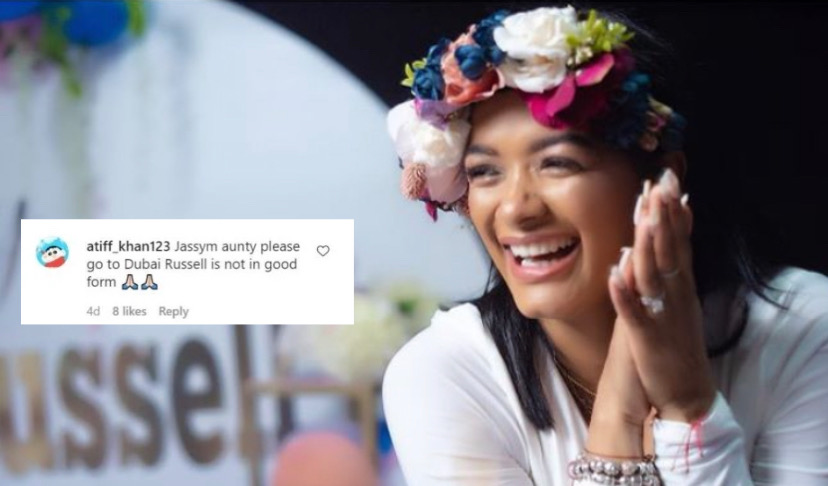 Andre Russell has not had a very good tournament so far with the bat. He is yet to score big for Kolkata Knight Riders. Although he has been given enough time to settle, he couldn’t quite capitalise on it. One fan tried to take a dig on the all-rounder’s current form involving Russell’s wife Jassym Lora.

Russell’s scores in the last few matches have been underwhelming and doesn’t do justice to the potential the swashbuckling all-rounder has. Russell has hit few sixes here and there but fans are yet to see the Russell they know. However, on the brighter side, Russell has been continuously delivering with the ball.

Looking at Russell’s current batting form, a fan-made a weird comment on Jassym Lora’s latest Instagram post, he wrote: “Jassym aunty please go to Dubai Russell is not in good form”. The comment was definitely distasteful and Jassym didn’t like it clearly as she replied, “He’s in the best form..” 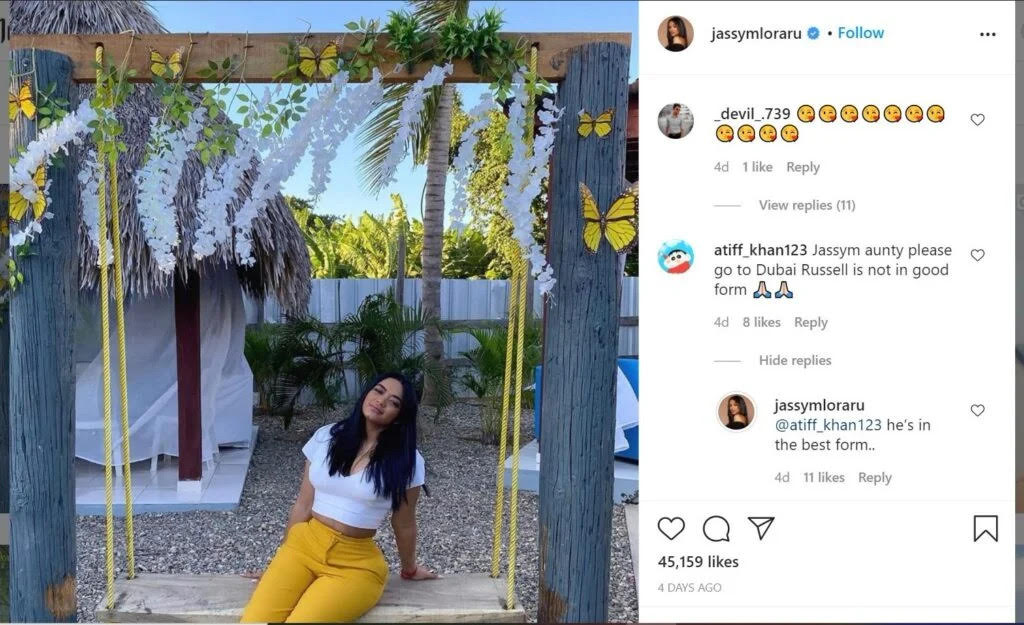 Andre Russell delivering with the ball

Most of the cricketers this year have not taken their families with them owing to the Coronavirus pandemic. Jassym Lora was seen cheering his husband in the previous seasons on numerous occasions, however this year she couldn’t accompany her husband for obvious reasons.

Kolkata Knight Riders are on the fourth position on the points table with 6 points beating Chennai Super Kings in their last game. Andre Russell played a crucial role in the win as he bowled brilliantly, restricting the CSK batsmen to only 3 runs in the 18th over. KKR will be more than happy if Russell starts batting the old way.

KKR’s season so far has been one filled with ups and downs, but they will surely look to dominate from now on and Russell is going to be a vital cog if they want to do so. They will face Kings XI Punjab in their next match on Saturday.