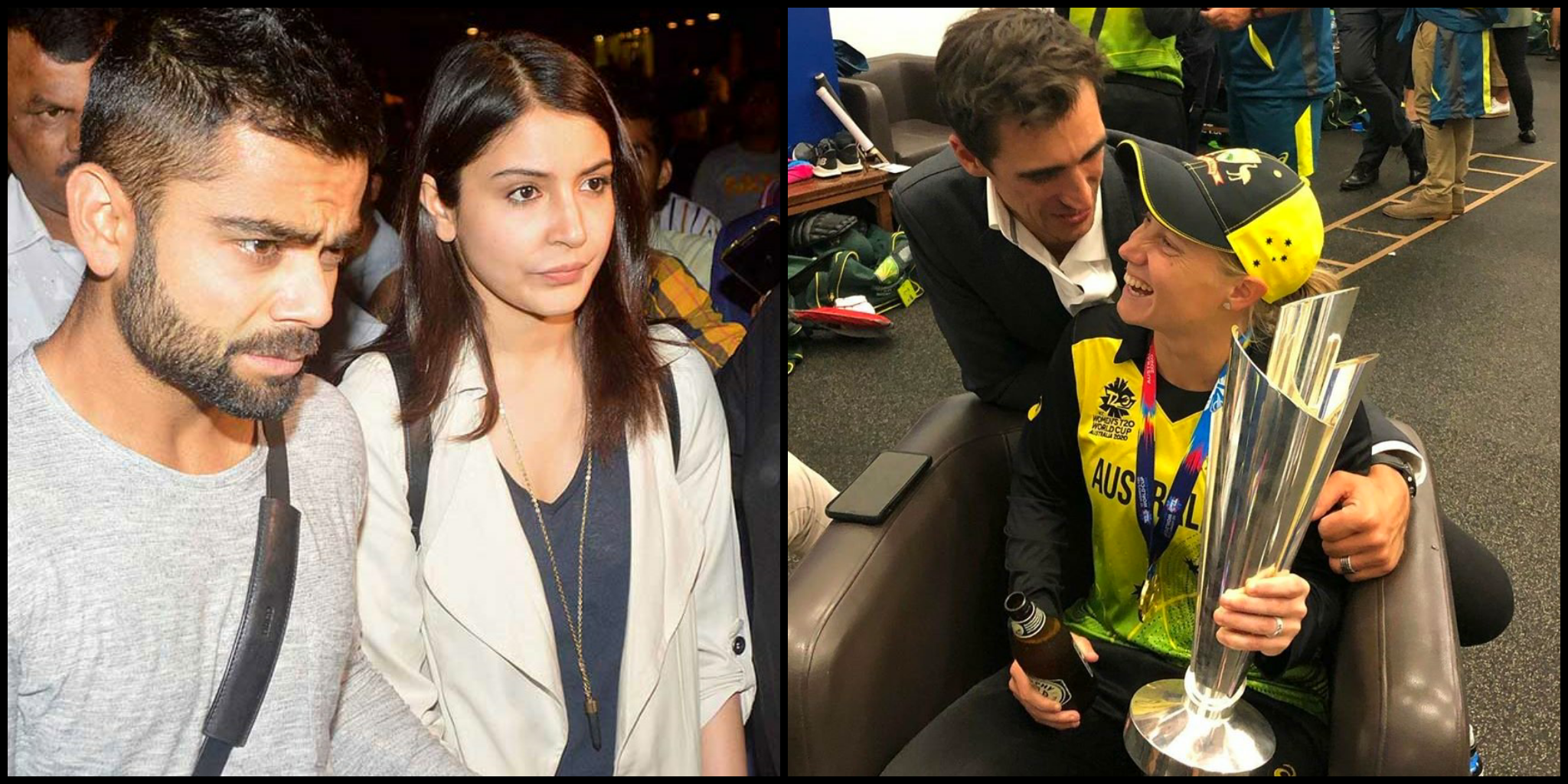 Alyssa Healy the wicket-keeper batter of Australia women team and wife of pacer Mitchell Starc starred in Women’s T20 world cup 2020 final. The opener gave a flying start to Australia’s innings alongside Beth Mooney. Healy scored 75 runs off 39 balls and was named man of the match for her performance. Mitchell Starc had opted to miss the last ODI match against South Africa to watch his wife play in the final at Melbourne Cricket Ground.

Sania Mirza the Indian tennis player and wife of Pakistan cricketer Shoaib Malik reacted to Mitchell Starc leaving the national duty to watch his wife play. Mirza took a swipe at subcontinent people’s mentality. She took to Twitter to write, “Sure thing !! God forbid it would be a guy from the subcontinent, the guy would be called a ‘joru ka Ghulam’ in one second good on you Mitchell couple goals for sure!! #beentheredonethat,”

Anushka, who has faced such a mentality of people many times, completely agrees with Mirza. Married to Virat Kohli, Anushka Sharma is another personality who gets criticised for various uncalled reasons. The actress posted the screenshot of Sania Mirza’s tweet on her Instagram story with a caption, “Hahahah so true,” 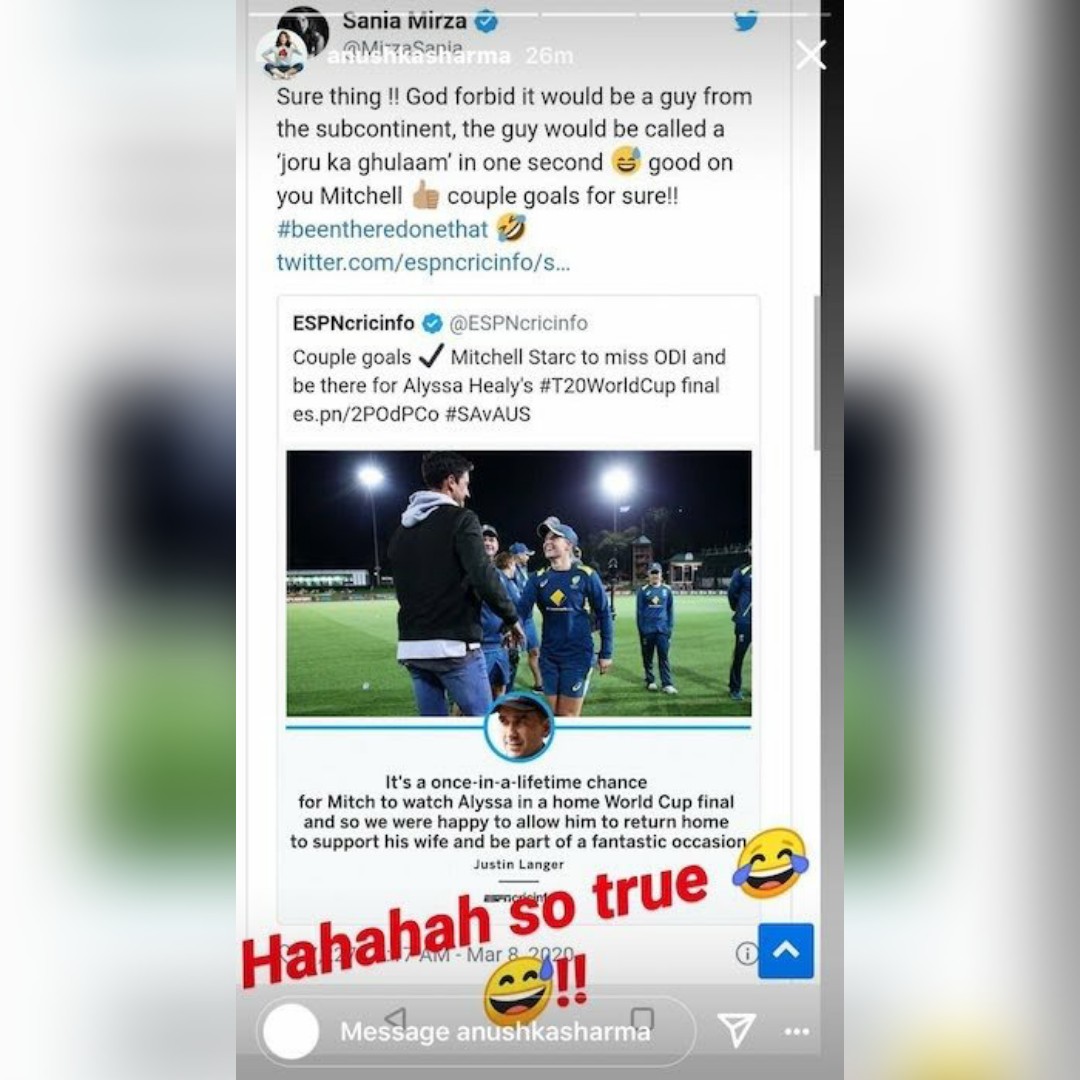 Last year, Anushka faced heavy criticism after India’s World Cup 2020 ouster. People were not happy with Anushka being there with Indian captain during the tour. Former wicket-keeper Farokh Engineer had been claimed that Indian selectors were serving coffee to Anushka Sharma. Such a statement from a respectful person was unbearable for Anushka and she had finally broken her silence.

Talking about the final match, Australia women easily beat the Indian side in one-side encounter. Southern Stars put a 185-run target for Harmanpree kaur0led side. However, the whole Indian team tumbled at the score of 99 runs. Deepti Sharma was the top scorer for India with 33 runs. Alyssa Healy received player of the match award for her stellar batting performance. Beth Mooney who scored most runs for Australia in the tournament named player of the tournament. This is Australia women’s 5th T20 world cup title.