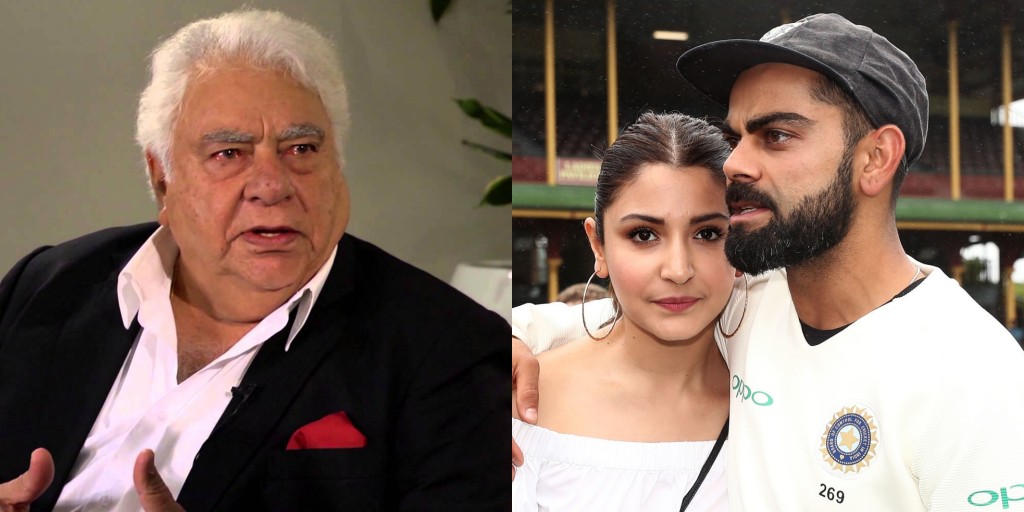 Anushka Sharma has faced criticism many times when Virat Kohli or Indian team had failed to perform. Anushka has been blamed in the past for India’s losses and Virat Kohli’s poor performances by fans on social media. On Thursday, former Indian wicketkeeper Farokh Engineer made some harsh statements on Indian skipper Virat Kohli’s wife.

Farokh Engineer claimed that during the 2019 World Cup in England, he saw an Indian selector serving tea to the actress. He said,  “I didn’t even know one of the selectors during the World Cup and I asked him who the hell he was, because he was wearing the India blazer and he said he was one of the selectors. All they were doing was getting Anushka Sharma cups of tea,” Farokh further slammed selectors and Kohli. He said Indian skipper has a major impact on player selection.

Such a statement from a respected person was unbearable for Anushka Sharma. She has finally broken her silence on the criticism which she has faced since the early days of her relationship with Virat Kohli. The 31-year old actress wrote a long message on her social media accounts slamming Farokh Engineer.

“The latest version of these ill intended lies is that I was being served tea by selectors at matches during the World Cup! I came to one game during the World Cup and sat in the family box and not the selector’s box as reported but when has the truth mattered when it’s about convenience!” On the claim getting tea served by selectors, Anushka took a dig at 81-year old former cricketer. She wrote, “For the record, I drink coffee.”

Anushka had faced criticism for attending a reception alongside Team India at High Commission of India in London. Indian cricket fans seemed to be irked by Anushka’s presence in the photograph, while no other Indian cricketer had their spouses for company. On this photo, Anushka said that she didn’t want to be the part of the photograph but High Commissioner’s wife insisted her to be the part of the photograph. Anushka wrote, “A huge issue was created over this blaming me for intentionally wanting to be part of it,”