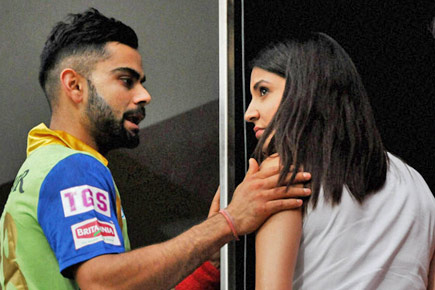 ‘Little Master’ Sunil Gavaskar has found himself in a big controversy because of his comment against Virat and Anushka describing Kohli’s outing in the IPL. Royal Challengers Bangalore had a forgettable match against Kings XI Punjab on 24th September as they lost the game by a huge margin of 97 runs. Both their bowlers and batsmen couldn’t perform to their potential.

RCB lost 2 early wickets and Virat Kohli was on the crease and had the responsibility to build the innings with Finch. The remark made by Sunil Gavaskar came in the third over of the RCB innings when Kohli was facing Sheldon Cottrell. The comment by the Little Master hasn’t gone down very well with the cricket fans.

Gavaskar was in the commentary box when he went on to say, “Jab lockdown tha to sirf Anushka ki bowling par practice ki inhone” (During the lockdown, Virat has only trained against Anushka’s bowling). Sunil Gavaskar has drawn the ire of cricket fans after his comment as many people deeming it double meaning.

Fans have been shocked as they didn’t expect something like this from a legend as great as Sunil Gavaskar. Now Anushka has written an angry post on her Insta story, frustrated with her name being dragged into cricket for Virat’s performance.

“That, Mr Gavaskar, your message is distasteful is a fact but I would love for you to explain why you thought of making such a sweeping statement on a wife accusing her for her husband’s game? I’m sure over the years you have respected the private lives of every cricketer while commentating on the game. Don’t you think you should have equal amount of respect for me and us?”

“I’m sure you can have many other words and sentences in your mind to use to comment on my husband’s performance from last night or are your words only relevant if you use my name in the process? It’s 2020 and things still don’t change for me. When will I stop getting dragged into cricket and stop being used to pass sweeping statements?”

“Respected Mr. Gavaskar, you are a legend whose name stands tall in this gentleman’s game. Just wanted to tell you what I felt when I heard you say this,” she concluded. 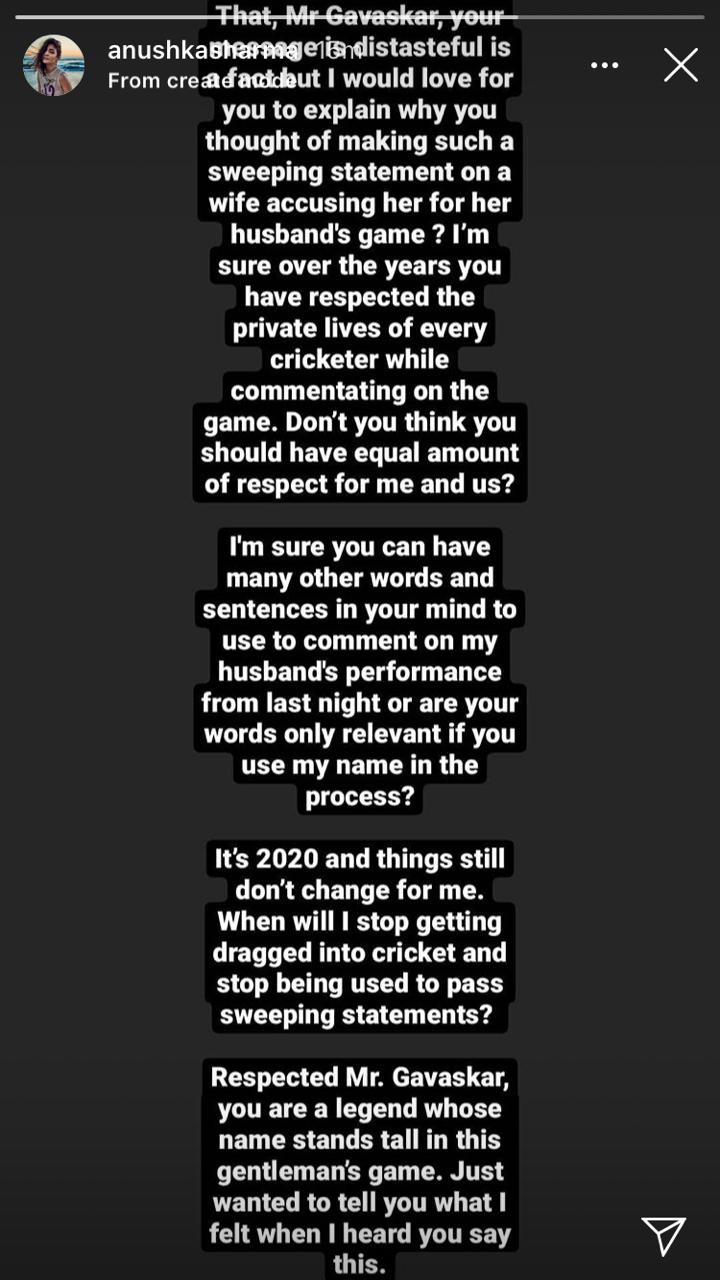 However, many people feel that the statement has been taken out of proportion and there is nothing double-meaning about it. It will be surely interesting to see how Gavaskar responds to all the flak he is receiving for his remark.