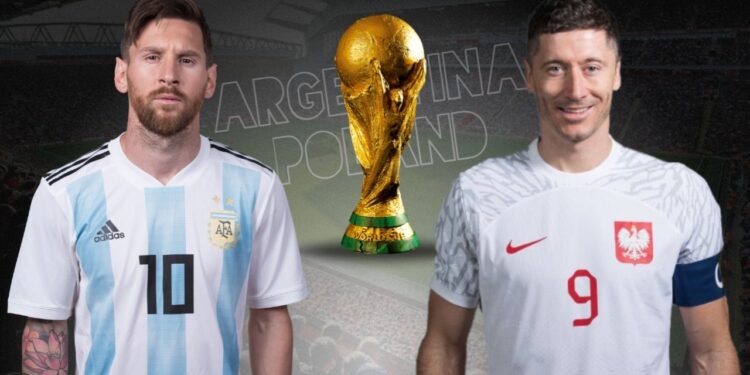 On Wednesday, it’s the final matchday for FIFA World Cup Group C teams. The top 2 sides Poland and Argentina will face each other, while simultaneously, the bottom 2 sides of the group; Saudi Arabia and Mexico will go head-to-head. Crucial Argentina vs Poland match’s live telecast can be watched on the TV channel in India and streamed live on the OTT app. In this space, you will find the broadcasting details of the mentioned FIFA World Cup 2022 game.

Group C is alive for all four teams as any two of them can qualify for the round of 16. If Argentina loses to Poland, they will be knocked out, and if Poland gets beaten by Messi & Co. then Poland will have to pray that the match between Saudi Arabia and Mexico ends in a draw. The winner of both games will secure a place in the last 16 but Mexico has to keep Goal Difference better than Poland if Argentina beats Poland.

Sports 18 channel is broadcasting the FIFA World Cup 2022 in the country. So viewers in India can tune in to the mentioned channel to watch the live telecast of the Argentina vs Poland match. DTH users who want to watch Hindi commentary need to subscribe to MTV HD channel. You can check the channel numbers below. The Football game can also be watched on Sports 18 Khel which is a free-to-air channel and is available on DD Free Dish.

Argentina vs Poland Channel Number on DTH Services in India:

Viacom 18 owned Jio Cinema app is streaming the FIFA World Cup in India. So you can watch Argentina vs Poland match online on the mentioned app. It’s worth mentioning that the app is absolutely free. Also, there are other ways to watch Football World Cup games’ streaming in India.

Tata Sky users who have activated Sports 18 or MTV HD channels can access them on mobile and tablet by downloading Tata Play app from Play Store. Jio and VI sim users can stream Argentina vs Poland FIFA WC game on Jio TV and VI Movies and TV apps respectively.