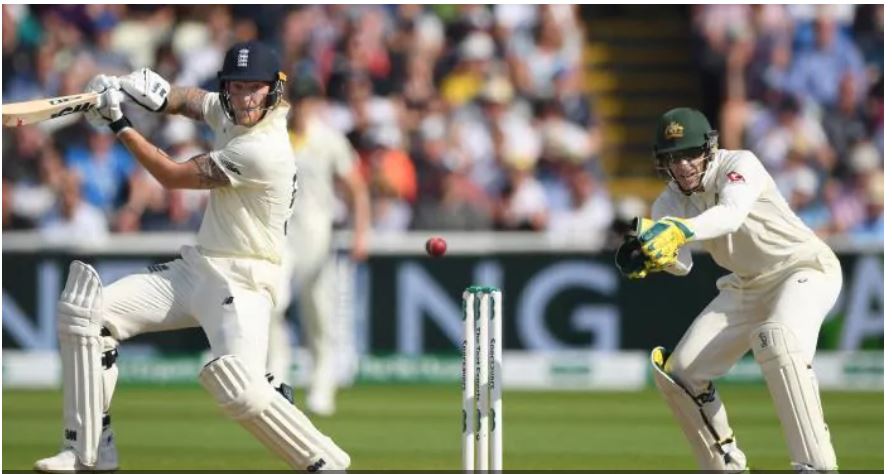 Australia captain Tim Paine sneered Ben Stokes as Sir from behind the stumps in the final day of the first Ashes test match at Edgbaston on Monday.

Twin centuries from Steven Smith and a superb bowling spell from Nathan Lyon turned the game in visitor’s favour after they slumped at 122/8 on day 1.

However, it was the wicket-keeper Tim Paine whose amusing comment for the English all-rounder caught the stump mic attention.

The incident took place before lunch on Day 5 in the 30th over, while England was chasing an unpredictable total of 388. Ben Stokes was facing Nathan Lyon who had already dismantled the top order of England.

Just when Lyon was about to release the final ball of the over, Paine chants “Sir Richard Hadlee, Sir Ben Stokes.” Paine added Hadlee’s name ahead of Stokes.

Hadlee was a former New Zealand cricketer who played 86 Tests and 115 ODI’s between 1973 and 1990. He is termed as one of the greatest all-rounders for New Zealand.

Paine was reminding Stokes about his nationality as both the all-rounders were born from Christchurch. It can also be referred to Stokes denying a nomination for New Zealander of the Year after his World Cup match-winning knock.

Paine’s sledging trick somewhere worked as Stokes departed after few overs nicking an edge off Nathan Lyon’s tossed-up delivery and Paine had to take a sharp catch to make the dismissal successful.

Lyon finished his spell with six for 49 runs giving away. Australia will go with confidence in the Lord’s test which will commence from August 14. Steve Smith was awarded man of the match for his astonishing performance scoring two centuries.