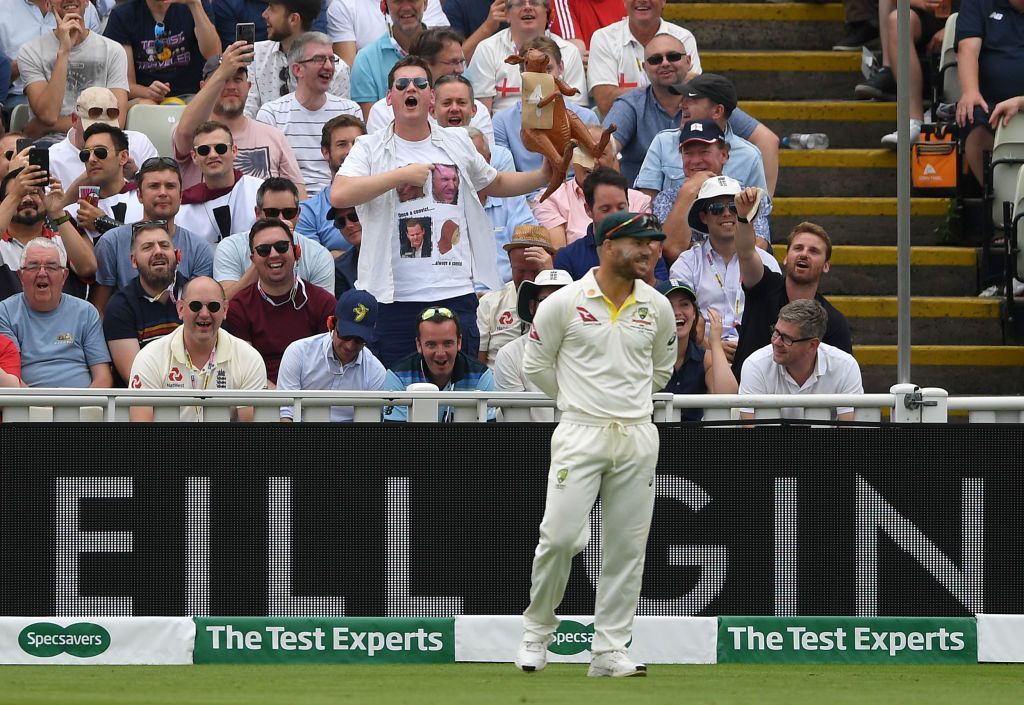 Currently, Australia is playing the Test Series against England, ‘The Ashes 2019′. Meanwhile, the series is at 1-1 after 3 Test matches and both are playing their fourth match of the series. David Warner is facing the criticism of the English fans since he returns back from suspension. We have already seen him facing the English fans in World Cup 2019.

During the fourth Ashes 2019 Test Match, On Friday, David Warner was once again on the receiving end of a rude remark as the Australian team were heading from the grandstand players’ area at Old Trafford to the field during day three of the fourth Ashes Test.

An English Fan has called him ‘F******g Cheat”, “Warner you f***ing cheat”. After this Warner did something, which is a very strange reaction form anybody who is facing criticism. However, he was just making the fun of the English fan who was trolling him.

David Warner has trolled the English fan like a boss and the video of the incident is getting viral over the internet. Here we are sharing the video below.

Here is the video of Warner’s epic reaction

Earlier in the match, after winning the toss Australia have elected to bat first. And after this, they have scored 497 before declaring the first innings. Then England has scored 207 for the loss of 5 wickets at the end of Day 3. From Australia veteran, Steve Smith scored a double century in the first innings.