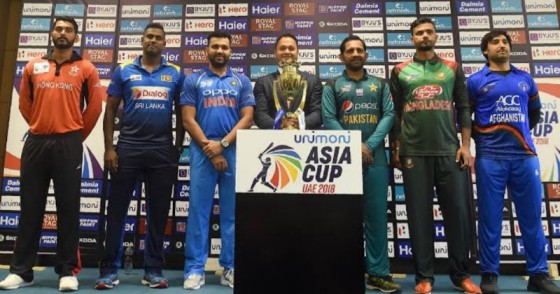 It’s official! In a move, that many cricket fans would’ve expected and even saw it coming, the Asia Cup 2020 has been called off and the next edition will be held in 2021. As news came in the Asian Cricket Council (ACC) has taken its final decision to cancel the upcoming 2020 UAE-based edition of the Asia Cup and move it to next year.

Sri Lanka To Host 2021 Asia Cup
In a bold move, the Asian Cricket Council (ACC) decided on handing over the hosting responsibilities to the island nation of Sri Lanka. In a statement they released, the ACC added that the 2021 edition of the Asia Cup will be played in a T20 format and will feature six countries from the Asian Continent.

Reason For Cancellation Of 2020 Edition
With the ongoing pandemic, travel restrictions was considered one of the major concerns for team amidst other medical precautions. Although, with precautionary measures in place, the governing body were keen on making provisions to have the tournament organised as per schedule, but things couldn’t work out. “From the onset the Board was keen on organizing the tournament as per the original schedule. However, travel restrictions, country-specific quarantine requirements, fundamental health risks and social distancing mandates have posed as substantial challenges to the holding of the Asia Cup,” the ACC declared.

Ganguly Confirms Cancellation
President of the Board of Control for Cricket in India (BCCI), Sourav Ganguly confirmed the cancellation through a live interaction session on Instagram. “Asia Cup cancel ho chuka hai, joh September me tha (Asia Cup, which was to be held in September, has been cancelled)”, he added.