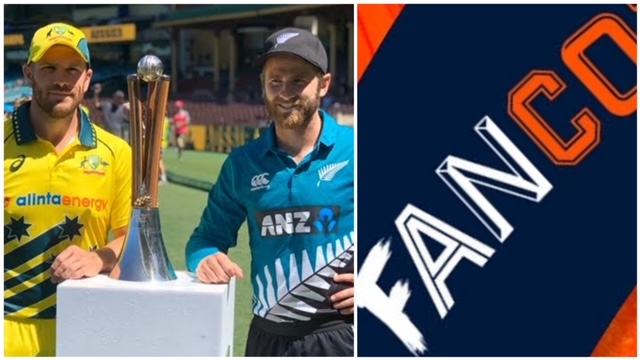 Australia tour of New Zealand for 5 T20I is commencing on Feb 22 with the first T2o match at the Hagley Oval in Christchurch. The Live Telecast of Australia vs New Zealand 2021 series in India will not be going to cover on any TV channel but fans can catch the live action on Fan code App. If someone wants to watch the match on the big screen (television) read the full article carefully.

Indians fans, who were waiting for the much-anticipated series between Australia and New Zealand, are continuously kept on searching about the live telecast channel in India. However, let you all know that all the matches of the Australia vs New Zealand 2021 series will not be going to live telecast on any TV Channel in India. In India, the Fan code App (Owned by Dream 11) has the rights to telecast the matches of Aus vs Nz.

How to Watch Matches On Fan Code App/Website

To watch all the matches of the Aus vs NZ T20 series, fans first need to visit the official website or to download the mobile of the Fan Code. Then thereafter fans need to create a new account or can directly log-in if already have an account. Let you all know that, for watching all the matches of the series, people have to buy the tour pass for a cost of INR 49. There are different options to make the payment such as Card, UPI, Netbanking etc. Here is the link to the official website of Fan code, by clicking here you will be redirected to Fancode’s official website.

Note: If someone wants to watch the matches on their Smart TV, they can watch matches by just clicking on the screen share button.

The t20 series between Australia and New Zealand is starting from 22 Feb at Hagley Oval in Christchurch. The last match of the series scheduled to play on Mar 7 at Bay Oval in Mount Maunganui. The series will play an important role for both the teams as T20 world cup is coming near.