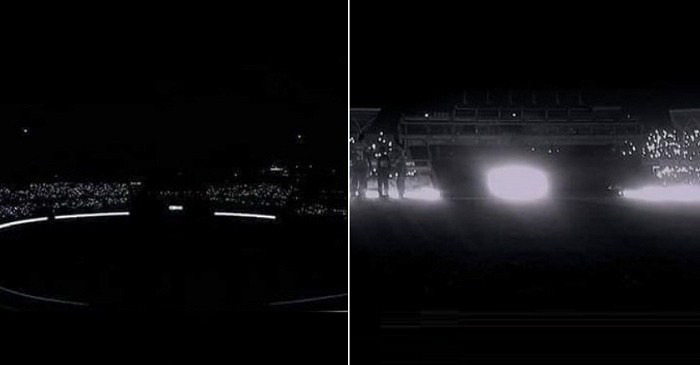 In the Series opener where hosts Bangaladesh took on Zimbabwe at Mirpur Stadium in Dhaka, there was a rare moment where fans enlightened the Stadium when the match was stopped. The incident happened after the 17th over of Zimbabwe’s innings while Ryan Burl and Tinotenda Mutombodzi were at the crease there was a power failure which led to turn-off the floodlights of the Stadium.

But the crowd instead of showing disappointment took off their phones out and turned on their phone’s flashlights which decorated the entire Stadium as we see in EDM festivals, the players were taking drinks on the field at that moment. It was an alluring sight to watch out, however, the power was soon restored and the match was also resumed.

Bangladesh went on to win the game with teenager Afif Hossain’s sensational knock of 26-balls 52 runs. Afif revived Bangladesh’s innings that was stumbled at 60 for loss of six wickets. He joined Mosaddek Hossain who remained not out on 30. Both the Hossain forged an 82-run stand to take their side home. Afif was awarded as the man of the match for his splendid innings.