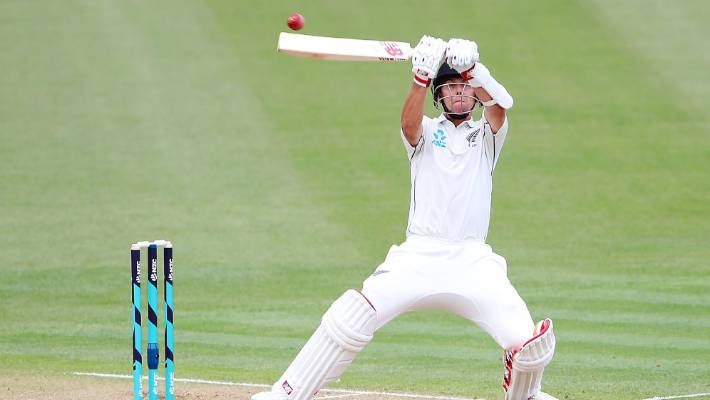 Trent Boult is known for his quick fiery deliveries and swing. However, Trent Boult entertained the crowd with his batting in 1st Test match vs India. The tailender came to bat at no.11 and scored a fiery knock of 38 runs off 24 balls. He put on display his unorthodox range of shots and hit 5 fours and 1 six during the innings.

Boult’s late flourish helped New Zealand to post 348 on the board. Before Boult, 6 feet 8 inches long pacer Kyle Jamieson too frustrated the Indian bowlers. Jamieson scored 44 runs including 4 sixes. The Kiwi side had a lead of 183 runs after their first innings. Ishant Sharma completed his five-wicket haul in the innings.

After a brilliant cameo with the bat, Trent Boult shined with the ball in 2nd innings of India. He removed Prithvi Shaw, Cheteshwar Pujara and Virat Kohli before the end of day 3. Currently, India is struggling in the ongoing test. In the 2nd innings, they are playing on 144 at the loss of 4 wickets. Currently, the visitors are trailing by 39 runs and saving this match is one tough job for them.

Ajinkya Rahane and Hanuma Vihari will start the innings for India tomorrow. There are two more days left in this test and Indian batsmen need to play throughout the 4th day. After Rahane and Vihari, only Rishabh Pant and R Ashwin are the batsmen whom Indian fans can expect to stretch the scorecard. Both teams will play one more test in this series from 29 February.