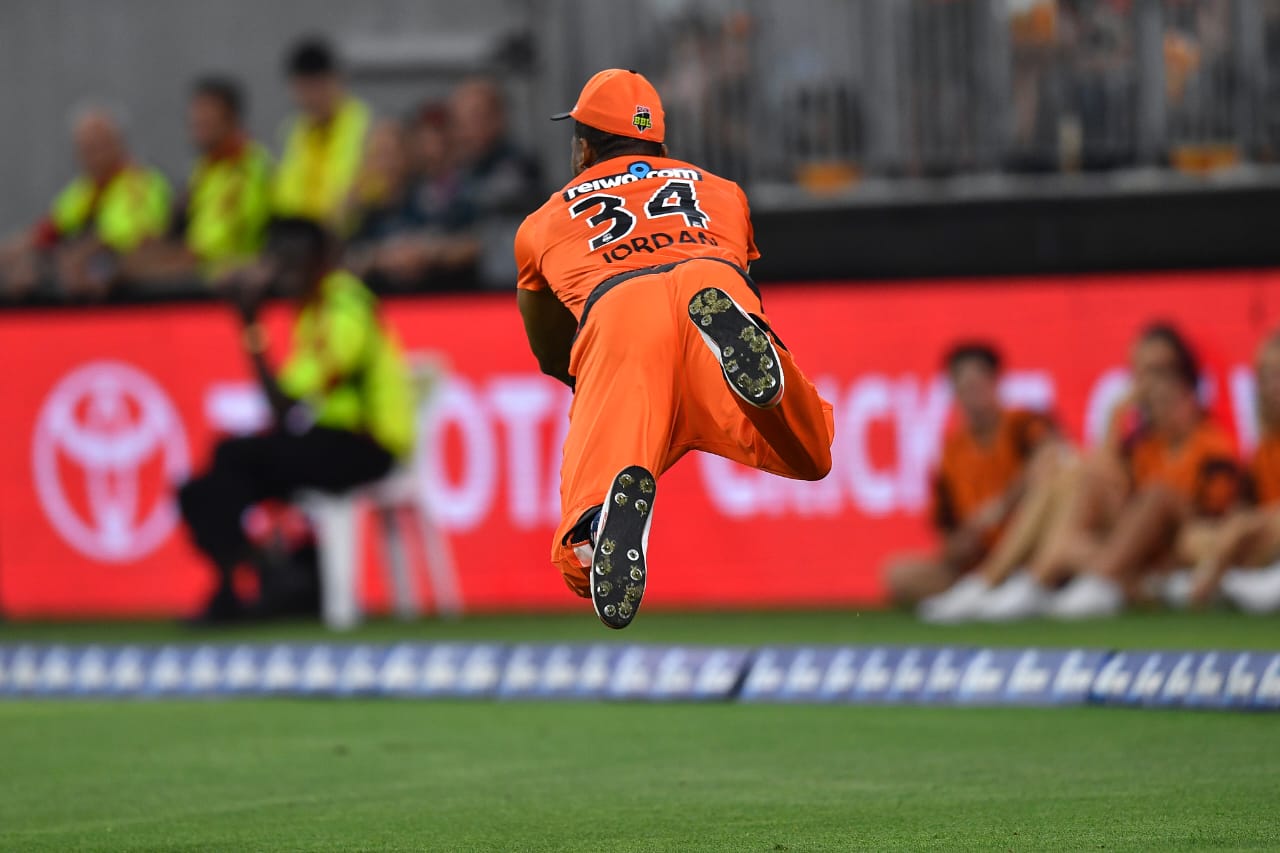 On Saturday, in the ongoing seventh edition of the Big Bash League (BBL) 2019, Perth Scorchers’ Chris Jordon took a stunning gravity-defying against Melbourne Renegades. Meanwhile, it was one of the best catch ever had in cricket history. In the video, England all-rounder Jorden can be seen flying in the air to take the extra-ordinary catch.

It all happened in the seventh match of the ongoing BBL season at Perth Stadium in Perth. During the 18th over of the Renegades’ innings, Fawad Ahmed had bowled a half-volley to Dan Christian. And the batsman had slogged the ball, but Jordon came running from long-on and took an amazing diving catch to his right. It was a phenomenal catch from Jordan at widish long-on.

Big Bash League’s (BBL’s) official twitter handle had posted the video. And wrote in the caption, “Chris Jordan, ARE YOU KIDDING ME!!! #BBL09.” Thereafter, ICC has also come up with a tweet to share the video with the caption, “Chris Jordan, just wow”. Catch from Chris Jordon helped Perth Scorchers’ to turn the tide game. Here we are sharing the video of the Gravity-defying catch at the end of this article.

Short Summary of the Seventh Match of the Ongoing BBL 2019

Earlier in the match, after winning the toss Melbourne Renegades opted to bowl first at Perth Stadium in Perth. Meanwhile, Perth Scorchers scored 196 -7 at the end of the 20th over and set a target of 197 in front of Renegades. From Perth Scorchers, Cameron Bancroft and skipper Mitchell March scored half-centuries and helped the team to set a good target. Cameron Bancroft played a knock of 51 off 37 balls and Mitchell Marsh of 56 off just 22 balls.

In the reply, Melbourne Renegades could manage to score only 185-6 at the end of the 20th overs. And hence they have lost the match by 11 runs margin. From Renegades, Beau Webster and Shaun Marsh scored half-centuries but were unable to help their team to chase down the target. Perth Scorchers’ skipper Mitchell Marsh awarded with ‘Player of the Match’ for his knock of 56 off just 22 balls.

Here is the video of the Chris Jordon’ Catch

Chris Jordan, ARE YOU KIDDING ME!!! #BBL09 pic.twitter.com/kZZf2yMWxF