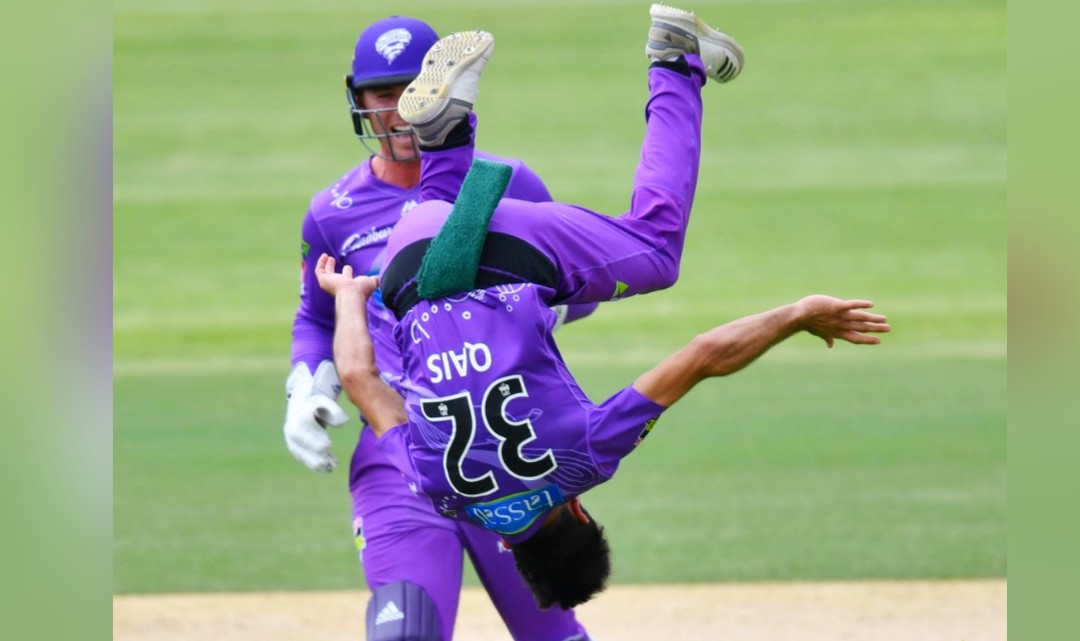 BBL 2019- Qais Ahmad Did A Backflip Celebration: On 17th December 2019, the ninth edition of the Big Bash League made its opening with the match played between Brisbane Heat and Sydney Thunder. In the opening match of the BBL 2019, Sydney Thunders won by 29 runs. Big Bash League is one of the special format cricket for the players as it works as the refreshment for the players in between the busy schedule in the long format of cricket.

Meanwhile, this league is also popular for its entertainment for the fans as it is the game of sixes and more runs. Nowadays, cricketers are coming with different styles to entertain the fans. Apart from their game skills, some cricketers are also using other activities to draw the interest of fans towards them. Amidst of all, during the fourth match of the ongoing BBL 2019, Hobart Hurricanes leg spinner Qais Ahmad has something special for his fans. Actually, after getting a wicket in the fourth match of BBL 2019, he did a backflip celebration.

It all happened in the second innings of the 4th match between Sydney Sixers and Hobart Hurricanes. During the 9th over of the Sydney Sixers innings, after dismissing Tom Curran, Ahmad did one of his famous backflip celebrations. Here we are sharing the video of the incident at the below of the article.

Short Summary of the Match (Sydney Sixers vs Hobart Hurricanes)

Earlier in the match, Hobart Hurricanes after winning the toss decided to bat first at Traeger Park in Alice Springs. Meanwhile, Hobart Hurricanes 129-9 at the end of the 20 overs and set a target of 130 in front of Sydney Sixers. From Hurricanes only opener D Arcy Short could manage to score 20+ as he scored 51 off 40 balls. In the reply, Sydney Sixers could manage to score only 104 before getting all out in the 19th over. And hence Hurricanes won the low scoring match by 25 runs. Qais Ahmed awarded with ‘Player of the Match’ for his beautiful spell. He took four wickets by just giving away 12 runs in his four overs.

Here is the Video of Qais Ahmad’s Celebration

One over. Three wickets. One backflip.

This is one of the most entertaining overs the BBL has ever seen #BBL09 pic.twitter.com/P3mk0fOS8Y