BBL 2021-22: Ben Cutting gifts extra run as he celebrates catch off a free-hit

Ben Cutting took the catch, threw the ball in the air in jubilation off a free-hit and cost his side an extra run. 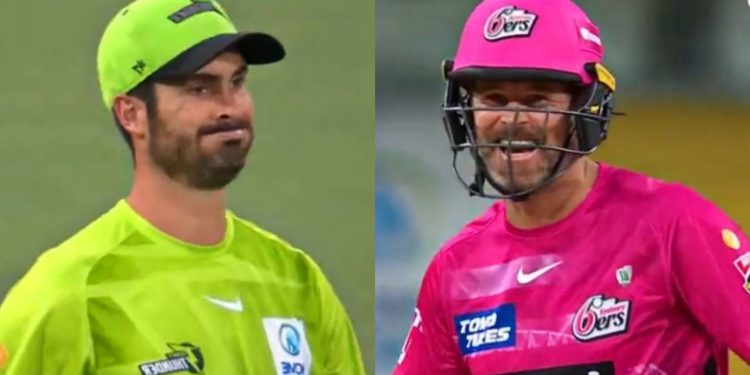 Ben Cutting is a known face in the franchise cricket. Cutting features in most of the prominent T20 leagues and has gathered vast experience, playing for different teams. However, in an usual event, his lack of awareness cost Sydney Thunder an extra run in the match against Sydney Sixers.

Bowling a no-ball in the 16th over of the first innings, the Thunders conceded a boundary. The following delivery was a yorker and the batsman Daniel Christian hit the ball towards the extra-cover region, where Cutting was stationed. The all-rounder caught the ball and celebrated in jubilation, not realising that it was a free-hit.

Before Cutting could realise what happened, both the batsmen ran two runs, costing Sydney Thunder an extra run. Later on, Christian was captured laughing at Cutting’s brain-fade moment.

The match between Sydney Sixers and Sydney Thunder panned out as a one-sided affair. The game was curtailed by rain. In a 16-over contest, the Sixers won by 30 runs by DLS method.

Sydney Thunder opted to bowl first but their decision proved to be wrong as they let the Sixes score 168 runs in 16 overs. Requiring over 11 runs an over, Thunder could not handle the scoreboard pressure and kept on losing wickets at regular intervals. They got all out at the score of 142 and eventually lost by 30 runs, courtesy of the DLS method.