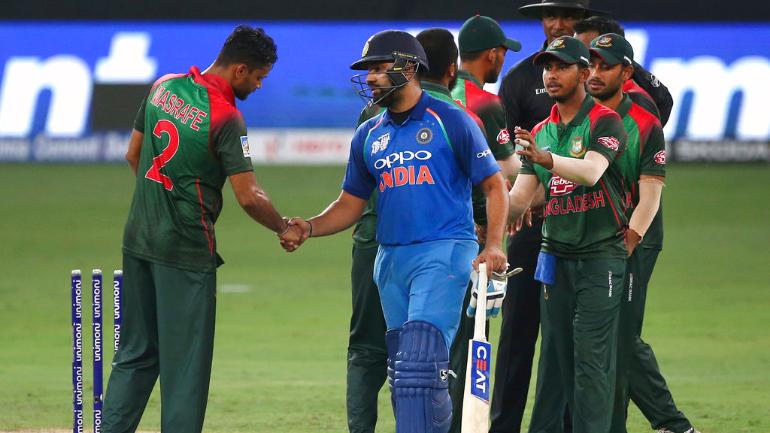 MS Dhoni is out of the cricketing action since the World Cup 2019 semi-final loss. The former Indian skipper is making himself unavailable repeatedly and it has left his fans annoying. Meanwhile, Dhoni’s name was missing from the T20 and ODI squads for the upcoming series vs West Indies in December. That means fans have to wait for the next year for his return.

No one knows what’s going on the mind of the wicket-keeper batsman. However, he will captain Chennai Super Kings in IPL 2020. But, before IPL, Dhoni is expected to make a return on the international side. And a recent report is claiming that Dhoni could mark his comeback in March 2020.

Bangladesh Cricket Board has requested BCCI to allow 7 big names of the Indian team to play for Asia XI against World XI. Bangladesh will host Asian all-star XI and World XI next year to celebrate the 100th birthday of Father of the Nation Bangabandhu Sheikh Mujibur Rahman. The two T20 matches to be played on 18 & 21 March at Shere Bangla National Stadium, Dhaka.

According to a report, the players which BCB asked from BCCI are MS Dhoni, Virat Kohli, Jasprit Bumrah, Hardik Pandya, Ravindra Jadeja, Bhuvneshwar Kumar and Rohit Sharma. Bangladesh Board had recently accepted BCCI’s proposal of playing a pink ball test match. Now, Bangladesh board would be hopeful of getting a favour in return from BCCI.

Other than BCCI, BCB has also requested other Asian teams’ boards to allow their players for the T20I series against World XI. BCB President Nazmul Hussain said, “The matches will take place between March 18 and March 21. Players from India, Pakistan, Sri Lanka and Afghanistan will take part alongside the Bangladesh cricketers in Asia XI,”

If Dhoni plays then it will not be the first time that he will play for Asia XI. In 2007, Dhoni was part of Asia XI for 3-ODI series against Africa XI. Dhoni had scored 174 runs including a century for Asian team which was led by Mahela Jayawardene. The team had shown complete dominance in the series as they had beaten Africa XI by 3-0.