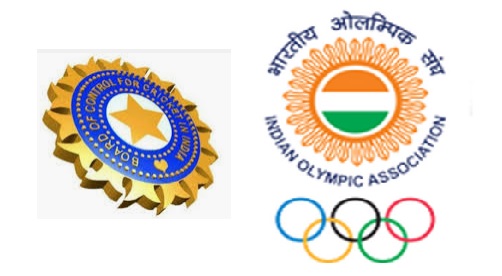 In a bold and upfront decision, the Board of Control for Cricket in India (BCCI) and the Indian Olympic Association (IOA) are closing in on ending their sponsorship deals with Chinese-owned brands, VIVO and Li Ning to name a few. With tensions between India and China soaring at the international borders (the Line of Actual Control (LAC)), a public outrage has called for a ban on products owned and manufactured in China. And two of India’s apex sports governing bodies are in support of the move if asked for by the government.

No Future For Chinese Companies With Indian Sports
The BCCI in its support stated that it would take a back seat in handing their future development projects to any company from China. BCCI treasurer Arun Dhumal made it very clear that they would not look at any Chinese companies when it comes to working on the infrastructure in the future. “In the future, we will not give any contract to Chinese companies to build our (BCCI) infrastructure,” said Dhumal to The Indian Express. He further added that they’d stand with the government if ever a move comes in effect to stop these associations with Chinese companies.

Take From China And Give India
Dhumal wanted to be clear with the sponsorship deals and their termination. He mentioned that we need to absolutely understand the need to have a sponsorship from a Chinese brand and outsourcing our projects to them. Citing a good example of VIVO being the official sponsor of the Indian Premier League (IPL). Dhumal stated, Vivo acquired the IPL title sponsorship for Rs 2,199 crore in 2018 in a five-year deal. Dhumal went on to explain, “42 per cent of his revenue goes to our Government in the form of taxes. So in a way, we are helping the Indian cause. That money is being retained here and it is helping Indian cricket and part of the money that goes to the Government of India is helping the Indian cause.”

Bold Decisions
The BCCI was bold enough with its decision and will stand by it if ever the Government decides on ending Chinese association with India’s sports. We definitely wouldn’t support a Chinese brand at the expense of losing our soldiers at the hands of the Chinese army.

On the other hand, IOA too has decided to end its association with official sponsor Li Ning if the Government wants to ban Chinese sponsorship. Their decision though solely vests with their apex body.