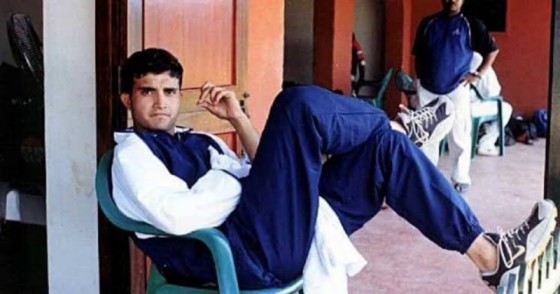 Sourav Ganguly was known as one of the most aggressive captains of his time. When he took on captaincy, team India wasn’t doing very well. Also, the way people used to see the game of cricket was different. Dada, as he is fondly called, changed the whole perspective of the Indian fans towards cricket. He and his team showed the world that they mean serious business. The former captain turned 48 on 8th July, 2020.

The fearless captain made a hard-to-believe revelation about his childhood days. It might come as a surprise, but Dada believes in the concept of ghosts and spirits. He said he started believing in the concept after a spooky experience in his teenage.

“I have seen a ghost in my house. There was a young boy who used to work in my house, it was a Sunday evening. I was upstairs, spending time with family. I was young, about 12-13, and one day I was told to ask the boy to make some tea. So, I went to the kitchen and I didn’t see him.

“I ran downstairs and told my uncle he had gone mad. We all went up and didn’t see him, I thought he was dead and gone. We kept searching for him, and we have huge palm coconut trees next to our house. He was lying on one of those big leaves, he was about 30 years old back then,” he added.

Ganguly further added that the fire brigade was called to take the servant to the hospital. Even the firefighters found it difficult to handle him as he wasn’t cooperative. Consequently, they had to tie him with the ropes.

“Next day was a holiday, so he came back at 5pm and everyone started getting away from him. He said, ‘No, no don’t do it,’ because he said his mother gets into him on certain days of his life. So I’ve seen ghosts,” the 48 year old said.

Ganguly revealed many other things in the interview as well, one of which was his eating habits. He is very conscious about his health and ensures a strict diet. Even when fitness was not given priority in cricket, he was very specific about his physical appearance and stamina.