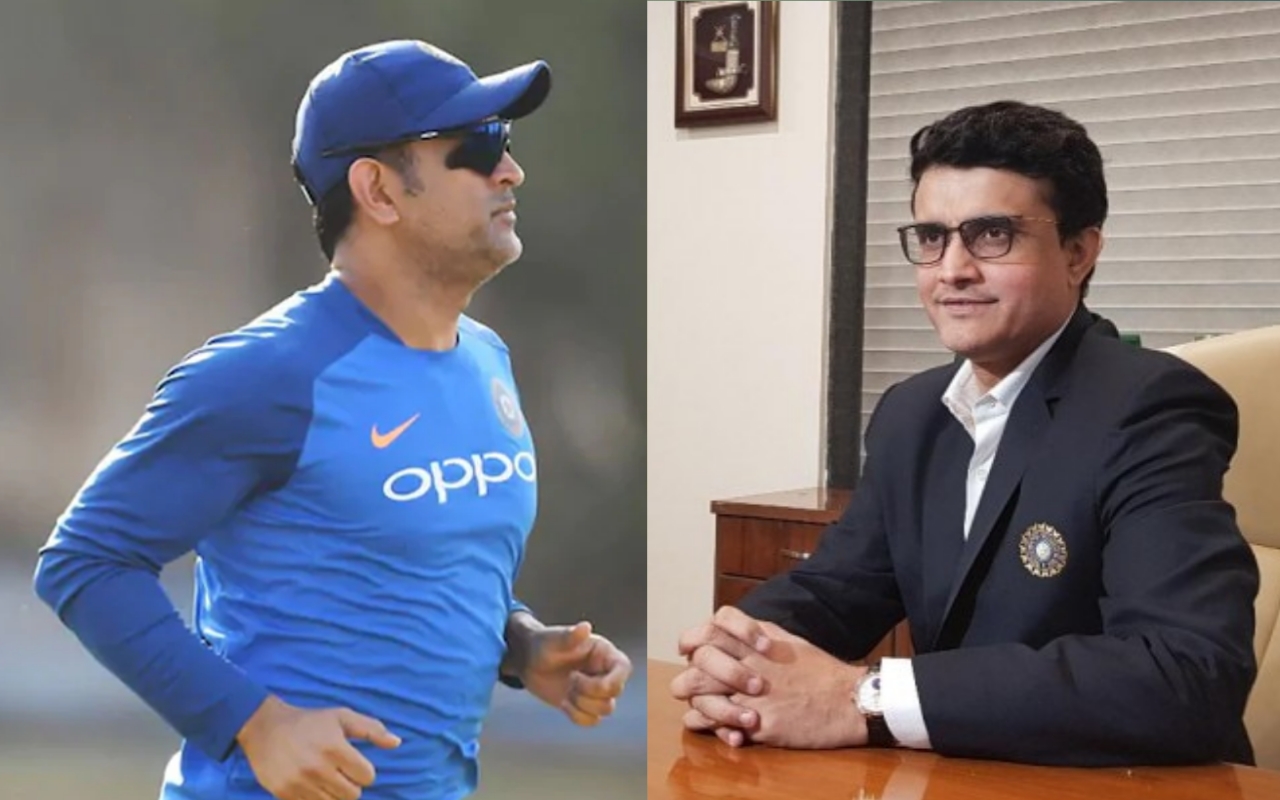 Indian Cricket has begun a new chapter of it’s glorious journey as former captain Sourav Ganguly takes charge as the president of the Board of  Control for Cricket in India (BCCI).  ‘Dada’, as his fans fondly call him, attended a press conference and answered various questions regarding the BCCI’s new road-map. One of the important highlights from the conference was his stance on former captain MS Dhoni’s career ahead.

Dhoni has been one of the best wicket-keepers and captains to ever have represented India. Under his leadership, India won both the T20 and the ODI World Cups in 2007 and 2011 respectively. Besides those, he also helped the Indian team reach the pinnacle of test rankings in 2009. While he passed on his captaincy duties to Virat Kohli in early 2017, he still performed his duties as a wicket-keeper finishing batsman in fine fashion. His last game came against New Zealand in the semi-final of the 2019 World Cup. India narrowly lost that game by 18 runs. Dhoni had just about won the game for India before Martin Guptill ran him out.

Since that eventful game, India have played Limited Overs matches against the West Indies and South Africa, but Dhoni did not feature in any of them. In fact he wasn’t even selected in the squad(s) for those matches. Fans have been really curious about his sabbatical from cricket, wondering if he would ever come back. Rumors and news of his return have appeared more than once, but none of them came to fruition yet. Ganguly, as the newly appointed BCCI president, made his opinions clear on what he thought about Dhoni’s prospects ahead.

“No doors shut over Dhoni”-Ganguly

“It depends on him. I have always said when I was left out, and no one thought I could make it back”, Ganguly said.  “I came back and played for four years. Champions don’t finish very quickly. I don’t know what’s in his mind or what he thinks about his career.”, confirming the BCCI itself hasn’t taken any final stand over his career.

He further elaborated on his illustrious career. “He is one of the greats of the game. India is very proud of MS Dhoni. Over the period of time, his achievements.. when you sit down and take note of what he is done… you say ‘wow’. Till I am around, everybody will be respected.” Here’s a video of the conference:

To the point – BCCI President @SGanguly99 on how he will lead the organisation going forward 👌👌 pic.twitter.com/VHd6H6TvUE

Besides Dhoni, Dada also shed some light on how he planned to organize the new BCCI group. “It’s a very young group. We will have to do a lot of hard work to understand what’s been going on. There have been no AGMs, no working committees in the last three years, so we have no idea how it has been done.”, he said. “Rest assured, as time passes, we will take care of everything.”