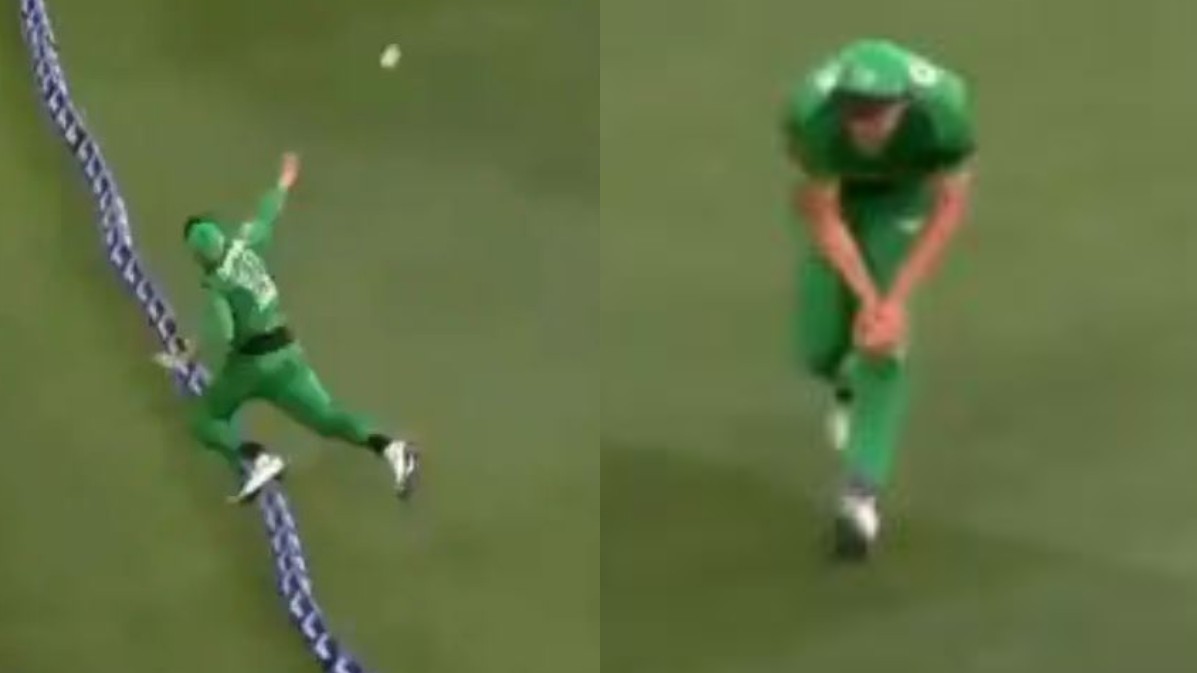 Aaron Finch-led Melbourne Renegades having a terrible Big Bash League season. The team has lost all six matches which it has played in this season so far. Today in the 22nd match of the season Renegades got their 6th successive defeat at the hands of Melbourne Stars.

Glenn Maxwell captain of Melbourne Stars won the toss and elected to bowl first. The decision turned out to be a good one as Nathan Coulter-Nile removed Sam harper in the 2nd over of the innings. Aaron Finch, Shaun Marsh and Beau Webster held the situations for Renegades. But, Ben Dunk and Nathan Coulter-Nile grabbed a relay catch of Shaun Marsh which changed the momentum of Renegades’ innings.

It all happened during the 15th over the innings. Shaun Marsh tried to clear one of Sandeep Lamichhane’s deliveries for a six. Ben Dunk was fielding at the long-on and amazed everyone with his presence of mind. He caught the ball and immediately just before he jumped over the boundary rope he threw the ball towards Nathan Coulter-Nile who was running to his right. However, Coulter-Nile was a bit far from him but Dunk managed to make the catch easy for coulter-Nile.

The MCG is on it's feet! What an effort from Ben Dunk and Nathan Coulter-Nile! #BBL09 pic.twitter.com/IROulTcSDn

Marsh dismissed scoring 43 off 33 deliveries. After Marsh’s wicket, Melbourne Renegades lost the momentum. They lost 6 wickets in last 33 balls and scored only 25 runs. Renegades could put 142 on the board which was an easy looking target for the Stars. Marcus Stoinis made life easier for Melbourne Stars as he scored unbeaten 68 off 55 balls.

Maxwell too joined the hands with Stoinis. Stars’ skipper scored unbeaten 40 off 32 balls and the knock helped the team to bear Renegades by 8 wickets. Melbourne Renegades are at the bottom of the table, on the other hand, Melbourne Stars climbed to the top of the ladder. Glenn Maxwell-led team has won 5 matches out 6 which they have played in this season so far.

South Africa vs England: Stuart Broad involved in a shambolic dismissal
When Irfan Pathan Said Something Bad About Kumar Sangakkara Wife
To Top