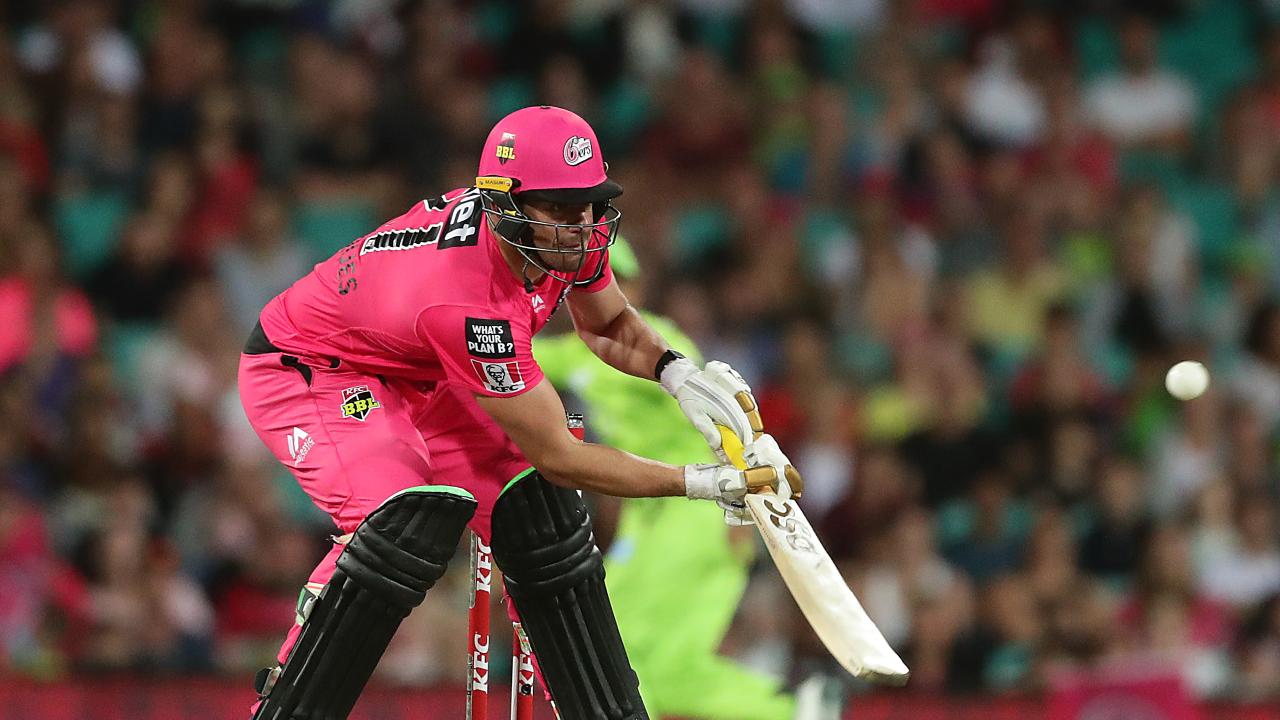 On Saturday, Big Bash League saw first tied match of this season. 14th match of this season was between Sydney Sixers vs Sydney Thunder which went to a Super Over. Callum Ferguson-led Sydney thunders batted first and put 49 runs on the board. Skipper Ferguson remained the highest scorer for them as he 52 off 42 balls.

During the chase, Moises Henriques-led Sydney Sixers didn’t have a good start as they lost their first wicket on 1 run. However, Daniel Hughes’ 37 and skipper Henriques’ 41 took the team total near the target. In the end, Tom Curran played a fiery knock of 35 runs in 17 balls. The team needed 2 runs off the last ball. However, Curran and Dwarshuis could complete one run. Hence, the match ended on a tie which is the first one of this Big Bash League.

Tom Curran walked out with skipper Moises Henriques for Sydney Sixers. However, Tom Curran out on the very first ball of the super over. At this point, Sixers were in a dangerous situation as ball more wicket was on their hand. But, Moises Henriques’ unorthodox batting helped them reach 16 runs.

In 5th ball of the over Henriques played an unbelievable shot. Henriques shapes up to ramp. He had got nowhere close to the middle of the bat. He wanted to go over fine leg, the ball flew off the bottom part of the bat. And it had enough wings to clear the third man fence.

And then he goes the other way!

We have no idea how?! #BBL09 pic.twitter.com/sIXVQFgM4d

However, some drama was created after Alex hales smashed the 5th ball for a six. Now 6 required off the last ball. Curran went for a yorker which took an edge of Hales’ bat and raced away to the boundary for a four. But it doesn’t matter though, Thunder fell short by 2 runs. Tom Curran received man of the match award.