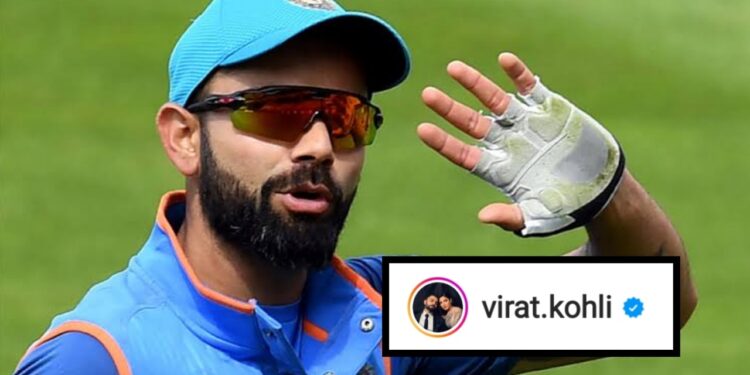 Former Team India skipper Virat Kohli has taken to Instagram on November 25 to share a clip of himself hitting the gym, that is receiving a lot of appreciation from the fans.

Uploaded just 6 hours ago, the video is about to hit 25 Lakh likes and already has more than 14000 comments on it.

Imran Sarfaraz was left in awe of Kohli’s near-perfect physique and dropped a comment below the video, mocking the society for endorsing meat as a necessity to obtain a muscular physique.

Here’s the interaction between the fan and the King: 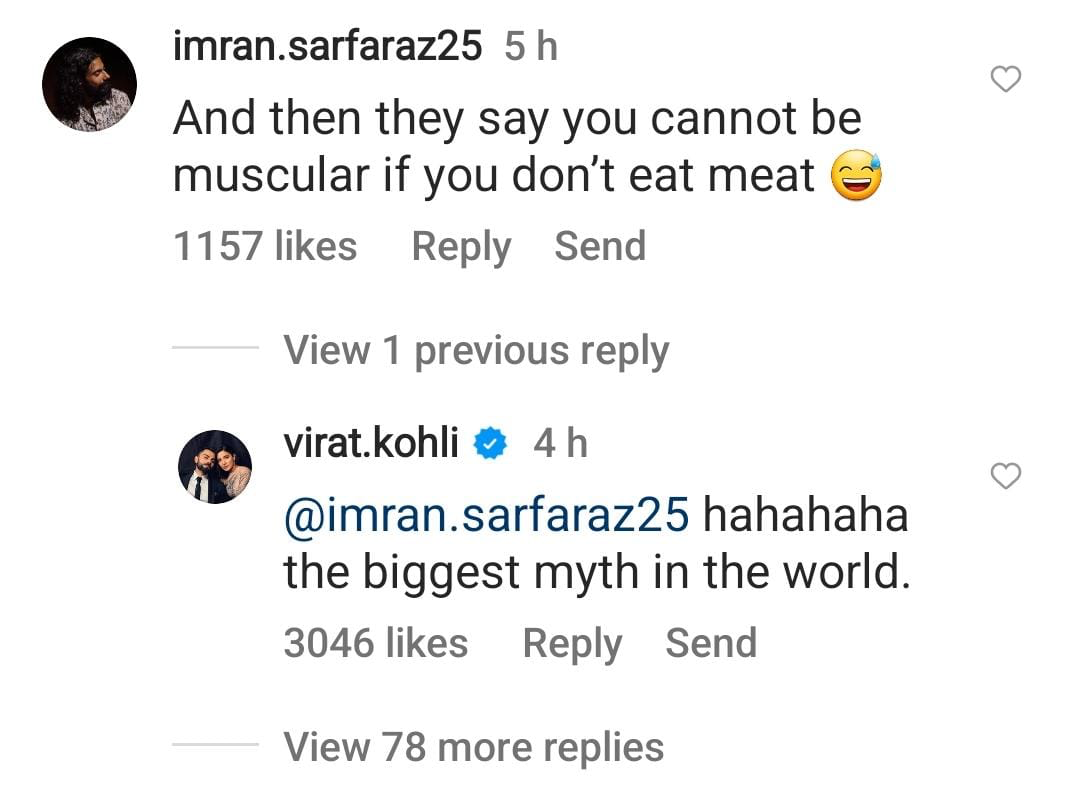 For those unversed, Virat Kohli has no place for meat or fishes in his diet. The batsman was largely understood to be a pure vegetarian, however, a couple of months ago Kohli confirmed that Eggs are an indispensable part of his meals.

Regardless, it is incredible that despite refraining from meat (touted as the irreplaceable source or protein) the Delhi-born is the fittest active Indian cricketer and a role model for numerous upcoming stars across different sports.

Not only has taking care of his physique made him injury proof, it has also made Virat Kohli the most followed Indian on Instagram with 224 million followers on his account.


King Kohli put on a splendid show during the T20 World Cup 2022, emerging as the event’s top-scorer (296 runs, AVG. 98.66) with 3 fifties to his name. Currently, the 34-year-old batsman is taking rest, however, he has not let his fitness regime take a back seat.

He will next be seen in action during India’s ODI and Test tour of Bangladesh that starts 14 December.