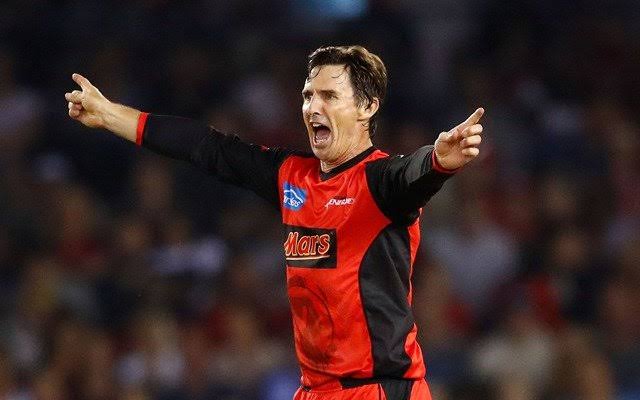 Imagine looking at a team’s line up and seeing some big names missing! Well, it indeed calls for a questionable selection even if still a virtual one. For former Australian spin wizard Brad Hogg recently picked his best XI that could feature in his test team and it was quite a bit of a surprise to see one big name missing. Not many would have expected but Hogg has left Indian skipper Virat Kohli out of his list. Yes! Virat Kohli was not part of Bard Hogg’s test XI…quite a shocker for most fans.

So what’s the reasoning behind leaving Kohli out, one of the top players of the modern day game. In a video released on YouTube, Hogg picked Indian duo of Rohit Sharma and Mayank Agarwal at the top of the order followed by in-form Australian pair of Steve Smith and Marnus Labuschagne (both, rightly deserving a place in any test XI). The questionable pick was at No.5. Hogg picked Pakistani batsman Babar Azam over Virat Kohli, and cricket fans would rightly want to know why Azam over Kohli. “The reason why I have included Babar Azam in the lineup is that he scored a hundred against Australia in Brisbane when Pakistan toured Australia last year. It’s very hard for overseas teams to perform on that particular wicket, but he showed that he could, and that is why he is one of the best players going around”, said Hogg. Kohli’s recent run of low scores also one of the reasons Hogg excluded him.

Hogg’s middle-order selection saw a perfect blend of aggression and composure in Ajinkya Rahane and Quinton de Kock. Another of the surprises for fans, de Kock was named the captain to lead Hogg’s team. Mohammed Shami was the last of four Indians in the line up. Shami along with Aussie Pat Cummins and Nathon Lyon, and Kiwi bowler Neil Wagner making up the bowling attack. Wagner being the only New Zealander to make the cut. So, its not only surprising if you’re a Virat Kohli fan but even otherwise a questionable and debatable selection, one which only Hogg could justify.