Bubble Fatigue Meaning In Cricket: RR batsman pulls him out of IPL due to it 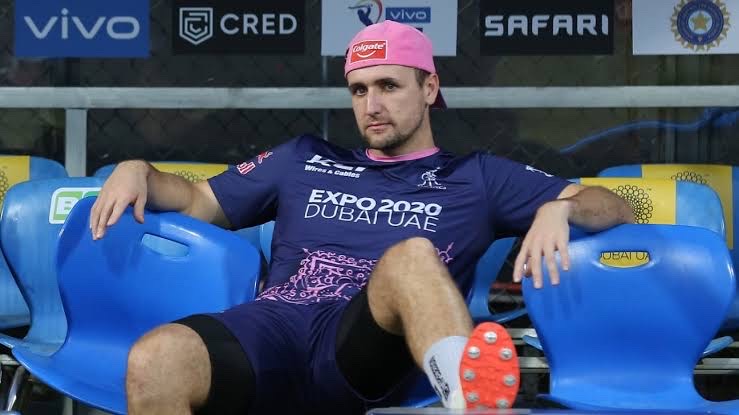 On Tuesday, Rajasthan Royals (RR) batsman Liam Livingstone pulls his name from IPL due to bubble fatigue, here is its meaning in cricket.

On Tuesday, Rajasthan Royals (RR) batsman Liam Livingstone pulls his name out of the ongoing edition of the Indian Premier League. Franchises revealed this news on their official Twitter handle, meanwhile, they mentioned the reason is bio-bubble fatigue. However, some fans still didn’t get the meaning of bubble fatigue in cricket. Here in this article fans will get all the details about the bio-secure bubble.

So far in the tournament, Rajasthan Royals has played 3 matches in which Livingstone had no featured in a single game. And now when he flew back to his home country, his Franchise comes up with a tweet and they also mentioned they respect his decision and will continue to support the cricketer in the future as well.

“Liam Livingstone has flown back home late last night, due to bubble fatigue accumulated over the past year. We understand and respect his decision, and will continue supporting him in any way we can,” RR said in a tweet.

Liam Livingstone has flown back home late last night, due to bubble fatigue accumulated over the past year. We understand and respect his decision, and will continue supporting him in any way we can.#RoyalsFamily pic.twitter.com/stYywf3tBW

In between the Covid-19 pandemic, it has become very difficult to organise the activities in normal ways. However, still, the sports event managements trying hard to organise the tournaments with full social distancing. To keep all these activities running, new rules have been introduced called bio bubble. Meanwhile, the 14th edition of the IPL has also been commenced with new rules and regulations amid the COVID-19 Pandemic.

What is Bio Bubble? A bio-bubble secure is a hosting arrangement for sporting events that are emerging during the Covid-19 pandemic. Under this, events should be held at the centralised sites, the game should be played behind closed doors, there should not be any meeting of the players with anybody outside the bubble. And also the events should be held with strict quarantine and safety rules.

These rules introduced to prevent the spread of Coronavirus among the players. However, still, some players are not liking these rules and getting full of frustration. The frustration of these new rules is the meaning of Bio Bubble Fatigue in Cricket.

Also Read: Kuldeep Yadav reveals the two most difficult batsman to bowl at in the IPL

Ruling out of Liam Livingstone from the 14th edition of the IPL is not the first blow for Rajasthan Royals. Earlier, all-rounder, Ben Stokes ruled out after his injury in the first game of the season. And also Jofra Archer is not available for at least a few matches because of hand surgery.

So far in the tournament, Rajsthan has not very good outing. Out of 3 matches played they had only won a single game.