IPL 2022 will be played in two major Maharashtra cities, Mumbai and Pune. 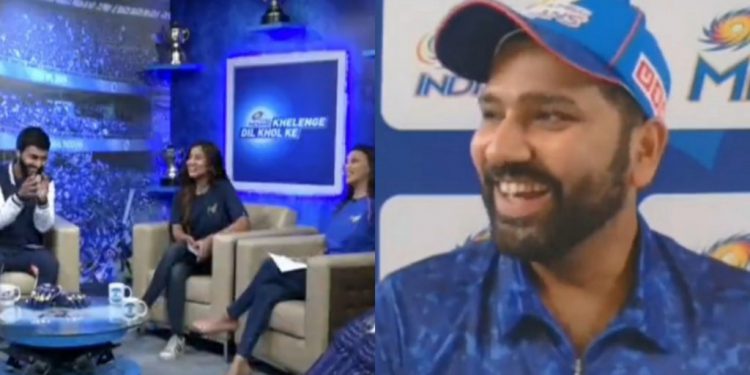 For the smooth conduct of the India Premier League (IPL) 2022, the Board of Control for Cricket in India (BCCI) decided to cut off the air travel due to the COVID-19 scenario and keep the tournament to two major Maharashtra cities, Mumbai and Pune. While Wankhede Stadium, Brabourne Stadium and Dr DY Patil Sports Academy in Mumbai will majorly host the ongoing edition of the cash-rich league, a few of the matches will be played in MCA International Stadium in Pune.

Mumbai Indians (MI) will get the home advantage unlike the other franchises, which reportedly complained about it to the BCCI. However, the skipper of MI, Rohit Sharma denied the accusation, saying that not MI but the other teams have played matches in Mumbai last season.

“We have no home advantage (Mumbai Indians) as we didn’t play any game in Mumbai in the last two years. Last year, many teams played Matches in Mumbai. So no advantage for us. It’s a new team. And I don’t believe in added advantage, and 70-80 percent of the squad hasn’t played in Mumbai before,” Rohit said as quoted in a fan interaction session.

Further, the 34-year-old added that the complaining franchises should first build 3-4 grounds in their respective cities.

“Many franchises have said that MI should not be allowed to play in Mumbai. So my opinion on that is that those franchises who are objecting, should construct 3-4 grounds each in their cities,” Rohit Sharma retorted.

Meanwhile, Mumbai Indians were defeated by Delhi Capitals in their first match of the season on Sunday. They will next face-off Rajasthan Royals on April 2 at Dr DY Patil Sports Academy.