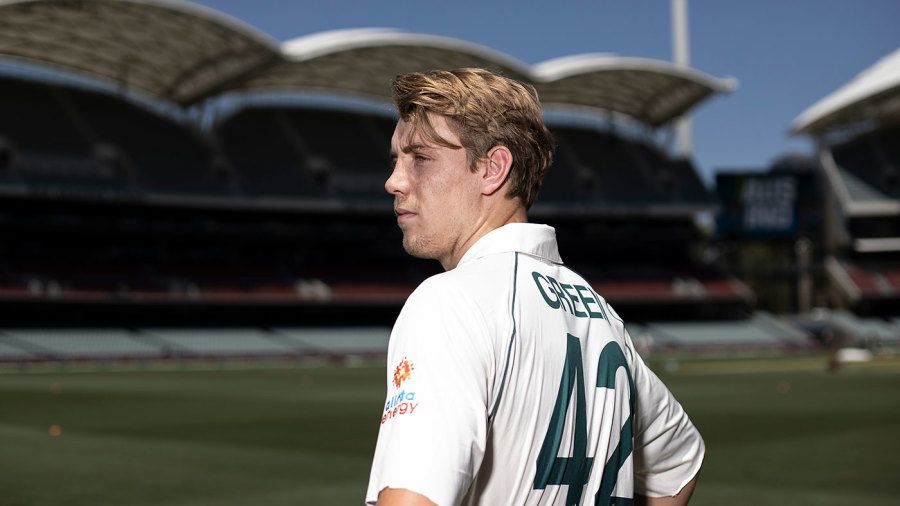 Australian bowler Cameron Green was in the news last week after suffering a knock in the head while bowling during the practice game against India, and doubts over his selection for the first test loomed. After clearing his fitness and concussion tests, Green got the nod to make his debut in the first test of the Border-Gavaskar trophy. But a hilarious moment during the test will be a moment for Green to remember.

Cameron Green’s Debut To Remember
After the medical tests deeming him fit to play the first test against India, Cameron Green became the 459th Australian to play test cricket for his country. The tall pace bowler though will have a hilarious moment to carry back from his debut test. It so happened during the 17th over of the Indian inning, when Australian captain Tim Paine handed the pink ball to Green for his first ever over in test cricket. But surprisingly the skipper took back the ball and handed it over to fellow pacer Pat Cummins. Green, however, got his chance in the 23rd over, but not before having to face an awkward moment.

Cam Green to have a bowl … wait a minute 😅 #AUSvIND pic.twitter.com/QWSCg1OFOZ

India Cautious After Early Wickets
Virat Kohli won the toss and rightly chose to bat but cautiously manoeuvre through the early loss of wickets. On the second ball of the inning, Prithvi Shaw was sent back to the Pavillion, courtesy an inswinger that knocked the stumps. Cheteshwar Pujara joined opener Mayank Aggarwal and the two held the fort with a patient batting approach before Aggarwal fell with the score on 32. Skipper Virat Kohli managed to put together a useful stand with Pujara before the latter fell short of his half-century and leaving India at 100/3. At tea, India were 104/3.

Border-Gavaskar Trophy 2020-211
India will look to retain the Border-Gavaskar Trophy when they face-off in the four-match series starting with the day-night Test at Adelaide Oval. The series could also play a decisive role in the World Test Championship standing, in which India currently trail Australia based on RPWR (Runs Per Wicket Ratio).