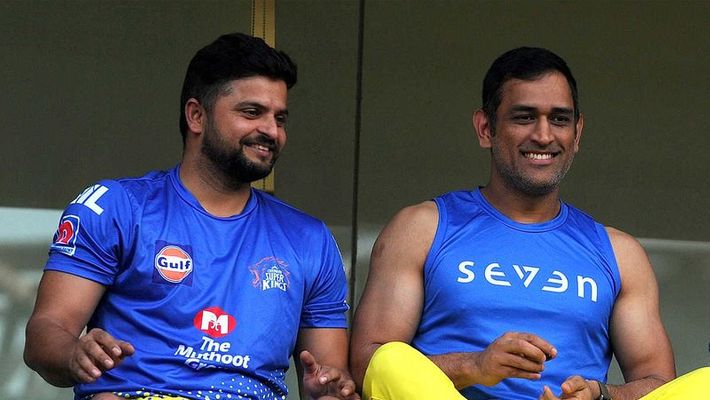 In Suresh Raina’s exit from this season’s Indian Premier League (IPL), the Chennai Super Kings (CSK) not only lost one of their most prominent batsman but also the team’s vice-captain. So the question arose as to who would fill in as the deputy to captain MS Dhoni. And when the question a ‘new vice-captain’ was put forth by a fan, CSK bowled him over with a witty response.

CSK Outsmarts Fan’s Question
The fan who was curious to know who would be the new vice captain of Chennai Super Kings put up his question – ‘Leo who is out Vice Captain Now?’. Little did the fan expect to get a witty response from CSK. A befittin.g response indeed – ‘Why fear when we have a ‘wise captain’?’

In MS Dhoni they have one of the most decorated skippers to lead the team. A void created in the absence of a vice captain won’t really burden Dhoni for he’s one who can shoulder the team’s responsibilities on his own.

Is Raina Eyeing A Comeback?
Reports surfaced that Suresh Raina who exited the team citing personal reason could join the team back. I’ve been training even while quarantining here. You never know you might see me in the camp there again,” Raina said while talking to Cricbuzz. He also denied rumours of a rift in the CSK camp between him and his teammates. This spells good news to fans who otherwise were disappointed with Raina missing out on the league.

CSK Squad Hit By Covid-19 Scare
The Chennai Super Kings were the worst affected franchise after reports of the team players and management tested positive for COVID-19 began to make rounds. When reports last came in, 13 members of the team were reported to have been tested positive.