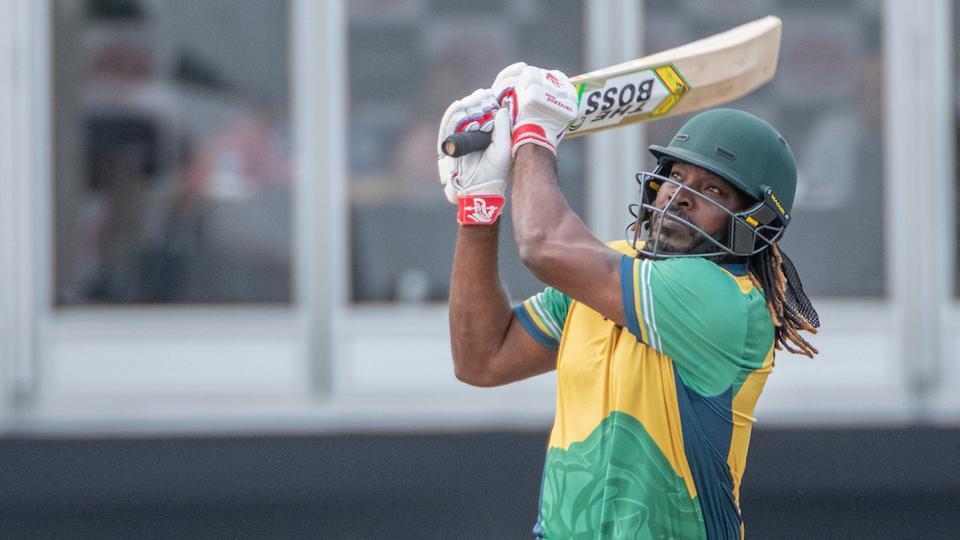 Chris Gayle is probably the king of T20 cricket. Half of the T20 records belong to him. Currently, 39-year old is playing for Vancouver Knights in Global T20 League in Canada. On Friday, in the match against Edmonton Royals Chris Gayle showcased his destructive batting as he smashed 94 off 44 balls. Also during the innings, Gayle smashed 32 runs in one over of Shabad Khan.

Chris Gayle 32 Runs In One Over

When chasing 165 Knights lost their first wicket at the score of 2. But then Gayle built up good partnerships with Chadwick Walton and Shoaib Malik. After 12 overs Knights were on 107 at the loss of 2 wickets and Royals were still in the game. But 13th over completely changed the course of the game.

Shadab Khan bowled this over to Chris Gayle and conceded a boundary in every ball. Gayle scored 32 runs off the over which ease the things for the Vancouver team. The over went as – Six, Six, Four, Four, Six, Six. Pakistan bowler finished his expensive 4-over spell conceding 66 runs. After this over Knights needed 27 runs off 42 balls and Chris Gayle was on 94 runs 43 balls. Although Gayle missed the opportunity of scoring his second hundred of the season as he got out on the next ball he played. But he won the man of the match award for his match-winning 94.

Chris Gayle’s bat is sparking in the GT20 Canada. In 4 matches, he has scored 273 runs which are most in the league so far. His strike rate in the league is above 200.

After underperforming in 2019 World Cup, Gayle had postponed his international retirement plans to play home ODI series against India. He has refused to play in T20 series as he is playing in Global T20 league.

So, the 3-match ODI series against India will be Gayle’s last series. India’s tour of West Indies starting off today with T20I series.