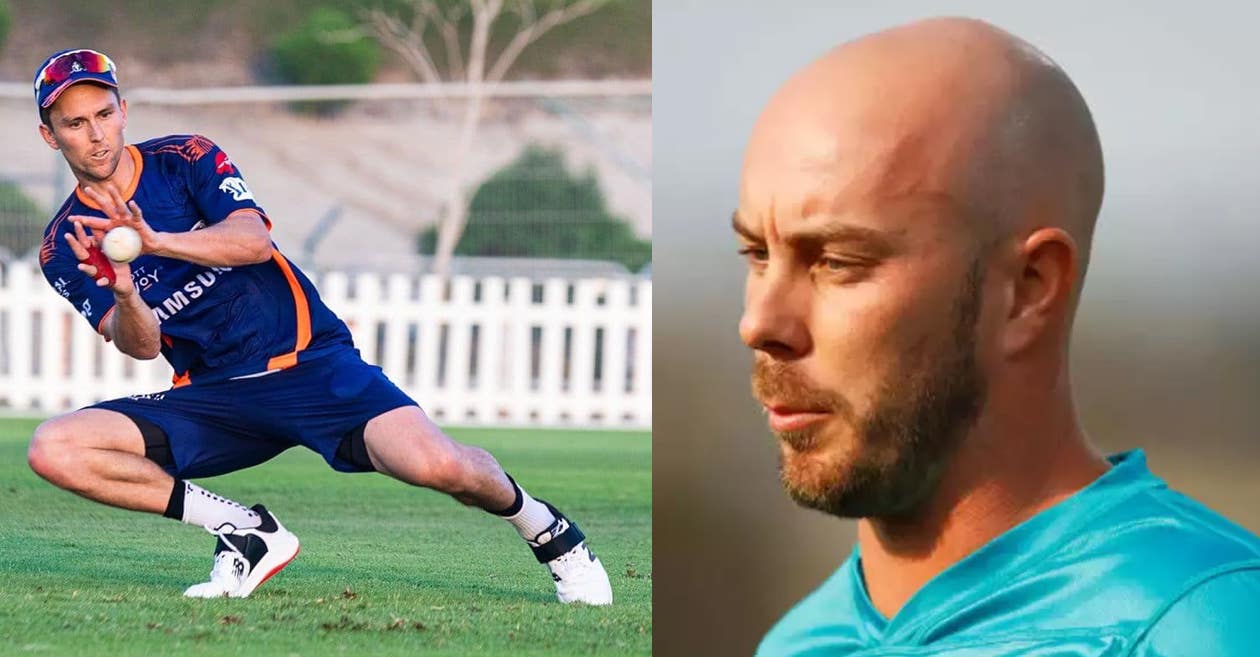 The ongoing edition of the Indian Premier League (IPL) has seen franchises put forward their best banter on social media. Kings XI Punjab and the Rajasthan Royals, in particular, are two teams who’ve kept fans quite entertained with their entertaining tweets and posts. Now, it seems like even the Mumbai Indians (MI) have joined the banter bandwagon. Thanks to some entertaining conversation from their overseas stars, Trent Boult and Chris Lynn.

Earlier this week, the Mumbai Indians Instagram account tweeted a picture of Boult discussing with his bowling coach, Shane Bond. The two Kiwi pacers appeared to be deep in conversation over some fast-bowling related topic. Mumbai Indians saw the photo as an opportunity to engage their fans in a guessing game. “Which kind of delivery are they discussing here?”, MI captioned the post.

Lynn decided to have a little fun with his trans-Tasman mate. “Slot ball,” he commented on the photo. But Boult had one better to pull over his Australian buddy, who has been benched in each of MI’s three group stage games so far. “Get us a water, brah”, he replied. 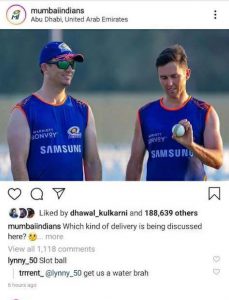 It’d be interesting to see if MI does finally relieve Lynn from his bench-warming duties and give him a nod ahead in their next game. Up until now, South African wicket-keeper Quinton de Kock has been Mumbai’s preferred choice of overseas opener. But given the Southpaw’s indifferent performance at the top (48-runs from 3-innings at a strike rate of 126), Lynn might get a chance sooner rather than later.

Boult, meanwhile, has been in sensational in Mumbai’s bowling attack; being the team’s leading wicket-taker with 5-scalps to his name at an impressive average of 17.40 runs. The left-arm-quick has formed a potent partnership with fellow pacers Jasprit Bumrah and James Pattinson.

Mumbai play their fourth match of the season on Thursday, 1st October, against Punjab at Abu Dhabi’s Sheikh Zayed Stadium. After suffering a close, super-over defeat at the hands of the Royal Challengers Bangalore, the Rohit Sharma-led side will be eager to record their second win and get to the top half of the points table.