Olympics 2020 gold medallist Neeraj Chopra, PV Sindhu (Badminton), Mirabai Chanu & Lovlina Borgohain (weightlifting), and the men’s & women’s hockey teams are some of the names that will represent the country. 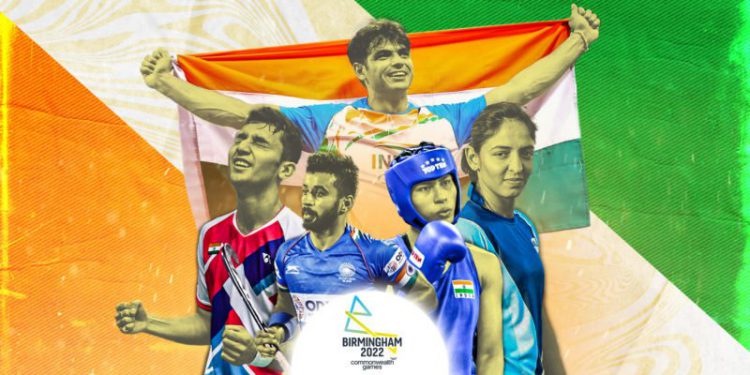 Commonwealth Games 2022 also known as Birmingham 2022, the much-awaited games are scheduled to begin from July 28 to August 28, 2022. This would be the 22nd instalment of the CWG, which originated in 1930 in Hamilton, Canada.

India just sent a number of 213 sportsmen and women (108 men and 105 women) to the major event, where they will compete in 16 sports/events over the curriculum of 9 days, which would also include cricket and hockey.

The Squash tournament will be the first event which is to be played in the CWG 2022 with Men’s and Women’s singles starting on 29th July.

India might very well send nine players to the tournament, which include veteran players Dipika Pallikal, Saurav Ghosal, and Joshna Chinappa. Anahat Singh, 14, who did win the Asian U-15 championship previously this year, will be on the Indian team. The Indian regiment also would include Ramit Tandon, Abhay Singh, Harinder Pal Singh Sandhu, Velavan Senthilkumar, and Sunayna Kuruvilla, in addition to the above-mentioned quartet. Thus far, India has only won three medals in squash at the Commonwealth Games, one gold and two silver. Joshna and Dipika won gold in women’s doubles in 2014 and silver in 2018. Dipika also won a silver medal with Ghosal in the doubles match.

Olympics 2020 gold medallist Neeraj Chopra, PV Sindhu (Badminton), Mirabai Chanu & Lovlina Borgohain (weightlifting), and the men’s & women’s hockey teams are some of the names that will represent the country.

With Cricket’s second appearance in the CWG  2022 since its inauguration, the Indian squad is looking forward to grabbing a huge chance for the title. Indian women’s squad will also be facing their arch-rival – Pakistan in Edgbaston on the group stage. In addition, the Indian men’s hockey team will face Ghana in their group match.

Group A includes Australia, India, Pakistan, and Barbados, while Group B includes Sri Lanka, New Zealand, South Africa, and England. The Indian women’s cricket team is one of five that qualified for the Commonwealth Games 2022 based on their ICC WT20I ranking.

Sony Pictures Network (SPN) has acquired the Indian broadcast rights to the CWG Birmingham 2022. A handful of matches will be telecasted on Sony Ten 1, Sony Ten 2, and Sony Six. The SonyLiv App or the Website will feature live streaming.