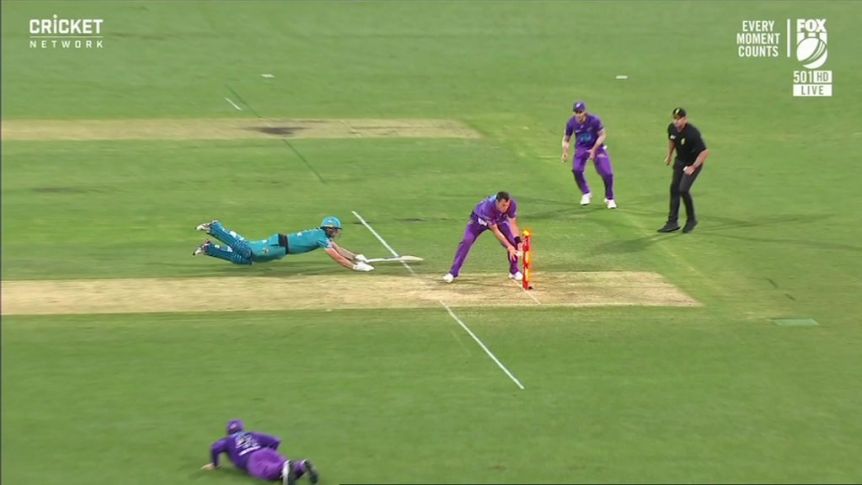 It’s  a heart break when you lose a cricket game off the last ball, even worse if the margin of defeat is just a single run. This exactly was the outcome of the game between the Hobart Hurricanes and Brisbane Heat played at the Big Bash League, which the Hurricanes won by 1 run.

Final Over Drama In Brisbane

It was by far one of the best finishes witnessed at this season’s Big Bash League (BBL). With only 7 runs to defend, the Hurricanes were all but out of the game with Heat’s James Bazley striking at over 150. Scott Boland was entrusted the responsibility of bowling the last over. He kept it tight until the last ball when the equation came down to 2 runs to win off 1 ball.

A single could have sent the match into a super over. The last ball, a thriller saw Boland bowl a low full toss at shin height to Mark Steeketee who hit it to extra cover. Fielder Colin Ingram fumbled to gather the ball but released it back to the bowler in time who whipped off the bails. The onfield Umpire called for the third umpire to review the dismissal, and what followed next was a bizarre decision that left the Heat staff and players fuming. As replays showed Steketee had made it in the crease but his bat popped up in the air on the dive. As the third umpire felt it had bounced up before it was grounded across the line, he ruled Steeketee out! The decision send fans in a frenzy on social media with many claiming the decision was incorrect.


Here’s the video of the incident

Mujeeb Stars With 5 Wicket Haul
Earlier in the day, Afghanistan spinner Mujeeb Ur Rahman bowled an economical spell in which he claimed five wickets for just 15 runs in his four overs. Even in a losing cause, his efforts earned him the Player of the Match.

Darren Lehman Left Upset and Frustrated
Brisbane Heat coach Darren Lehmann was not only upset with the loss but also seen frustrated at his batsmen not completing the job. First up, they failed to score the six runs in the 10th over that could have given them Bash Boost Point. And even worse as they failed to score the seven runs that were needed in the 2oth over to win the game.